Article re NCAA Ruling on Baylor

NCAA letting Baylor off easy for the Art Briles scandal is their latest failing (msn.com) 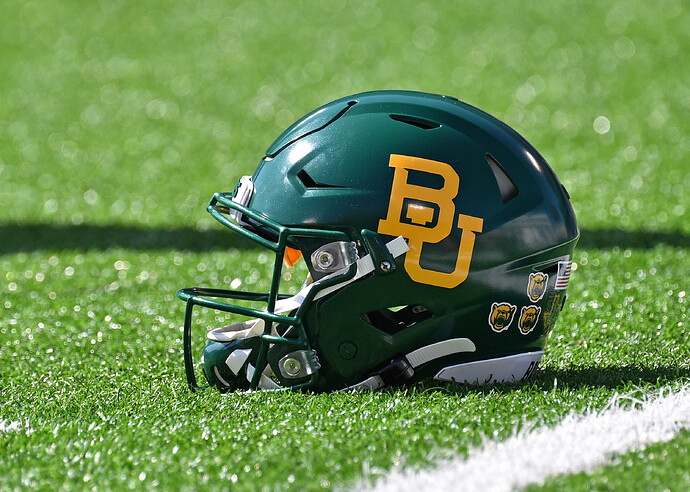 They are a toothless tiger and their demise in major football is long overdue.

At this point I think the NCAA sees the writing on the wall & is not even bothering to do enforcement. This just means the “Autonomy 5” (I won’t say “power 5” now) needs to create its own rules & rule enforcement mechanism.

As for Baylor, well, getting left behind in the Orphan 8 is probably enough punishment,

It’s the same thing that happened at Penn State. For all the crap with Sandusky, and the coverup by Paterno and others, they didn’t actually violate any bylaws. Neither did Briles for the most part. They got pretty much the same penalty as Ole Miss did.

Come to think of it, the sham courses at UNC were the same deal. Because any UNC student could “benefit” from that particular piece of academic fraud, it wasn’t an extra benefit to athletes. Just like any rapist at Baylor could get away with it, athlete or not.

Chip, the NCAA constitutional committee announced today is (we hope) the first step toward real autonomy for the Autonomy 5.

The gloves are off as far as cheating in the SEC. College football is in a mess. All those years of Arkansas toeing the line were pretty much a wasted effort. To compete in the past and in the present in the SEC, you gotta get down and dirty with the rest of the boys.

The gloves are off as far as cheating in the SEC.

I’m not sure it’s cheating anymore. What used to be cheating is now completely legal. I’m not sure what kind of cheating would even be necessary now. Just offer great NIL deals. Try to outbid everyone else.

I think with the new NIL stuff, the NCAA is done worrying about violations of any kind. They will set the game play rules, and for football, that is going to be about it.

It’s not like they upheld the law. They were frauds with regards to trying to maintain an equal playing field with
regards to rules enforcement. Maybe some powerful conferences told them to mind their P’s and Q’s and they could continue to enjoy their soft, cushy jobs. Look at how well the SEC has MIS-managed officiating in this league.

I hope when the dust settles Baylor is left holding nothing.

Not sure Hogs are as squeaky clean as we want to believe. Others may just excel at it. Now it’s damned if you don’t cheat because it’s no longer against the rules. We will need to have WalMart sponsor us like Nike does Oregon.

Not sure Hogs are as squeaky clean as we want to believe.

I know better. I personally knew a source of $100 handshakes to Hog players (my late father in law). At the time I could have used a couple of those handshakes myself.
.
The NCAA rulebook is sufficiently arcane that even if you’re trying to be squeaky clean, you’re going to break a few rules. If the NCAA gumshoes come nosing around your program, they’re going to find something. That’s just the way it is. Unless you’re Auburn and drop the cone of silence over your bagmen,