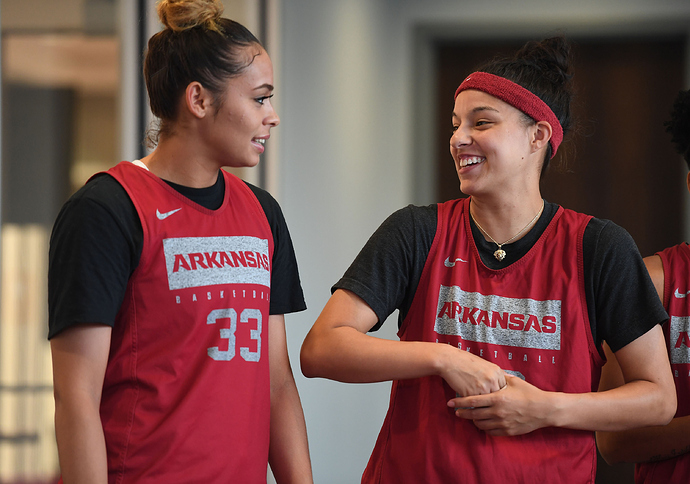 The Arkansas women’s basketball team will begin the season ranked in the Associated Press top 25 poll.

So the AP has the ladies as the 5th best SEC team and our conference coaches and media has them as the 10th best? Is that what I read?

No. The women were picked to finish fifth in the conference, and of five ranked teams they are the lowest ranked - consistent with what was predicted by coaches and media.

The ladies made plenty of noise in the SEC tournament last season and had a good showing in the NIT so it’s no surprise for them to be ranked in the Top 25!
They can move up the rankings if they play well and it appears they will be fun to watch.
After this football season I’m looking forward to being at as many games as possible.

Maybe I’m confusing him with Muss. Someone said they haven’t seen a double digit ranking in a while.

Neighbors said he told the team not to expect a double-digit number by its name when the SEC predictions came out (i.e. 10-14). Arkansas was picked fifth in both preseason predictions.

The men were picked to finish 11th by the media. I’m not sure what Musselman has said about that.

Arkansas is also No. 22 in the coaches’ poll that was released today.