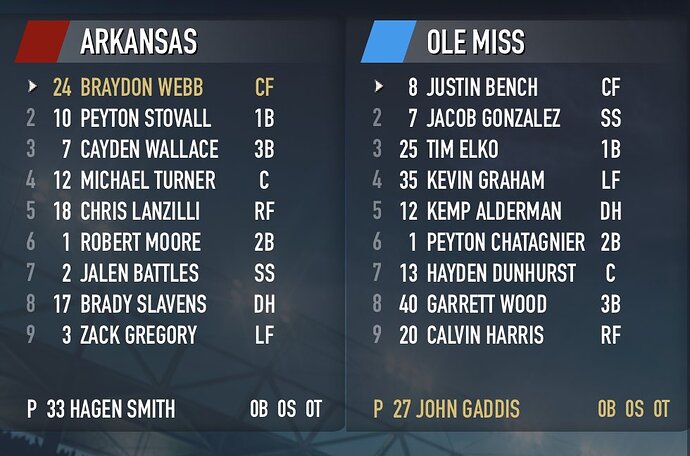 Let’s come out swinging and get Hagen two or three runs tonight… I want to get them in a close game and see how they handle it. Actually I want to beat the crap out of them but if it’s a close game I think that plays into our favor with the better defense 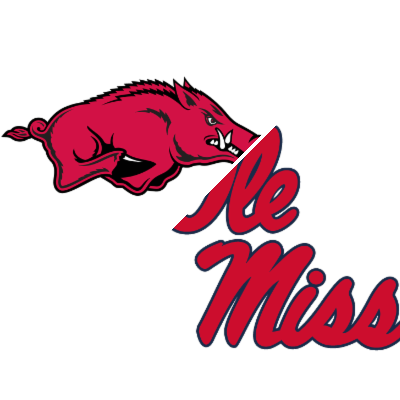 Get a preview of the Arkansas vs. Ole Miss baseball game.

Yes way to go webb! We have to get him in now

Yes but Stovall could t move Webb up to 3rd.

But 2 quick outs behind it

Well that was deflating

Not surprised. Left handed junk pitcher. We are screwed

Very deflating. A quick run would have been big. Hate wasting a leadoff double.

We will probably know pretty quick how this is gonna go

I turned the tv off. It’s better for me to check in periodically. I was amazed at the balls that were not swung at. I don’t have their view but man some looked like they were right down the middle. No time to be observing pitches go by.