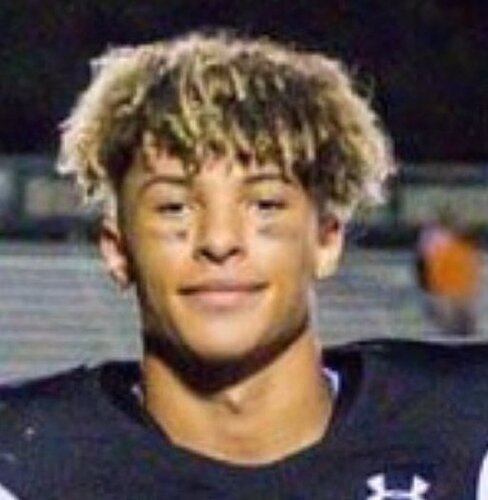 Receiver target CJ Smith’s weekend official visit to Arkansas was more than he ever expected. @cjavonsmith1
Due to the recent events I will be opening up my recruitment again. This is not me DECOMMITING but I want to ensure that my future home will allow me to do both track and football💯 #recruitmentbackOPEN

FL seems like they lost all recruiting battles to UGA even before thre Mullen firing and now will reap the reward of hitting rock bottom because cuzin Eddie has been moved to the street. Sharks are ready and the blood is flowing in Gainesville. Mullen firing has triggered an avalanche of dominoes falling.

Arkansas has reached out. That said CJ has said he’s reopening his recruitment without decommitting.

The key here is if the new guy will allow him to run track. If not, you can expect him to go elsewhere.