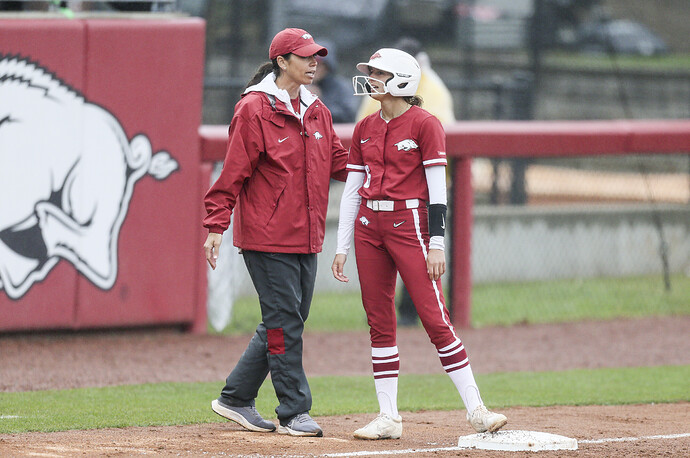 Hear from Courtney Deifel, Chenise Delce, and Hannah Gammill after the Razorbacks' 7-1 win against Texas in the NCAA Super Regional.

That longhorn coach ain’t from texass, is he?

I thought it was “Bostralian”. A little Bean Town goes down under.

I thought t heard one of the game analysts yesterday say that Mike White was a great fast pitch softball pitcher? Did I hear that right?

You heard that right. He became a US citizen despite being born a Kiwi and pitched the US to a bronze medal at the 2000 world championships. He’s in like 7 softball halls of fame as both a player and a coach.

A friend of mine played against Mike White about 40 years ago, and says White was one of the best.

Good! At 70 I sometimes have to question what I hear.