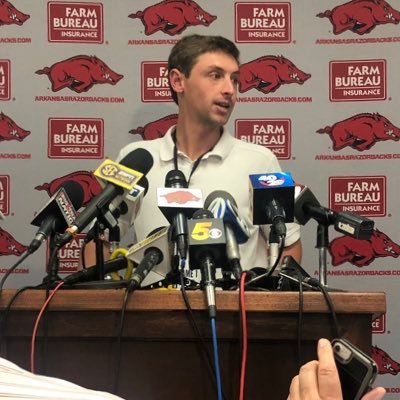 Arkansas needs to be more aggressive to the glass.

Defense is doing pretty well, but need to close the passing lanes.

Has it started? Can’t find game steaming on ESPN app??

The biggest difference so far from Anderson to Musselman so far is the boxing out of our players. A lot more boxing out.

Jalen Harris just made a 3…

Wow…Joe just went baseline and dunked with his off hand. Didn’t know he had that in him!

love all the straight man to man and no trapping leaving the 3 wide open,Rice has no good looks because of that.

Mainly a 7 man rotation. Henderson gets his first run at the 3 min mark with Adrio picking up his 2nd foul.

Good defense and the offense is doing ok.

We are out rebounding them by 9 and have forced 16 TO’s.

They are rebounding and very active