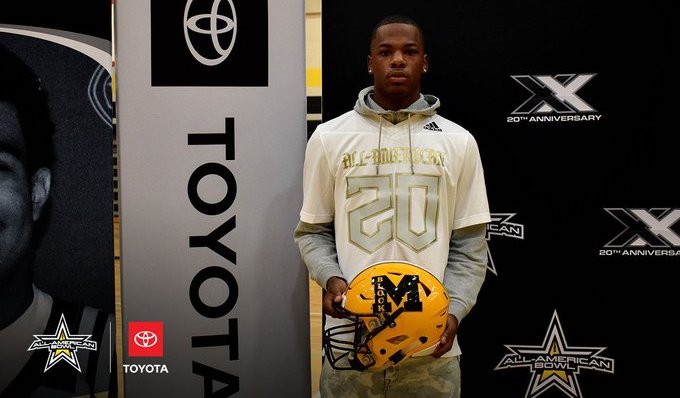 Arkansas football fans can get a look at Missouri City, Texas, Fort Bend Marshall quarterback Hornsby, who is expected to visit the Razorbacks on Jan. 24-26, when he plays in the U.S. Army Al-American game on Saturday.

Yep, I fixed it for him

really want to get this kid!

Wonder what the Baylor coach is gonna do?

Very positive omen on Hornsby. Today in the grocery store Bruce and the range were playing That’s Just The Way It Is on the store’s sound system. I’m almost ready to call Malik a Hog. OV should seal the deal. GHG!

Well he said he wanted to go to a rebuilding team, that’s definitely not Baylor! and he has to know if Rhule doesn’t leave this year he for sure will be gone soon! I refuse to get my hopes up too much because I’ve been let down so many times but I do like our chances.

Where do we stand on King? Haven’t heard much on him. Is he in the Portal yet?

Is he in the Portal yet?

If you mean D’eriq King, no he isn’t.

There has been no indication that King is even interested in Arkansas.

Of course, he is still a Houston Cougar at this point.

They said on the game its down to Texas A&m, Purdue and. Arkansas for Hornsby. I figured Texas A&m would be in there somehow.

Kid got to play 4 plays… why even invite him?? sure as heck made sure the top 2 quarterbacks in the country got 3-4 series though. What a joke.

Those are the three places besides North Carolina thar he has officially visited or plans to, but Baylor is also in there per people around him.

Yeah seems I heard it was down to Baylor and us but that was not anything official.

I have a Razorback friend in Houston that has been telling me for the past year that we need this young man in the worst way. If he truly has the heart for a rebuild, then this is the place to go.