After reading different stories around the country about athletes being tested for Covid19, I was just curious if UA tested our athletes. To a degree it doesn’t matter if they don’t have to be hospitalized, but given that other institutions have tested, I would have guessed some of our athletes and some of their parents would want to know.

They are tested if have symptoms or came from a hot spot.

Just curious Clay why, at the cost of a test, they will test players from a hot spot vs. just testing the whole team? Given everything at stake, it just seems like the least expensive thing to do relative to all the other costs and revenue at stake.

On the other hand in a week they will likely know if any of them have it, that is if they show symptoms.

I understood the gov’t agreed to pay for covid tests. Is that not true or do rules for taking one not apply to college athletes?

You could line up every single person and PCR test them all, but unless you are enforcing strict isolation from the outside world, whatever reassurance you get from the test results is short lived.

Since strict isolation of the football team isn’t possible, routine monitoring of symptoms will remain necessary.

The government will pay for one if you do not have insurance. I’ve seen where certain insurance companies have been billed in excess of $7k for a test, lol. 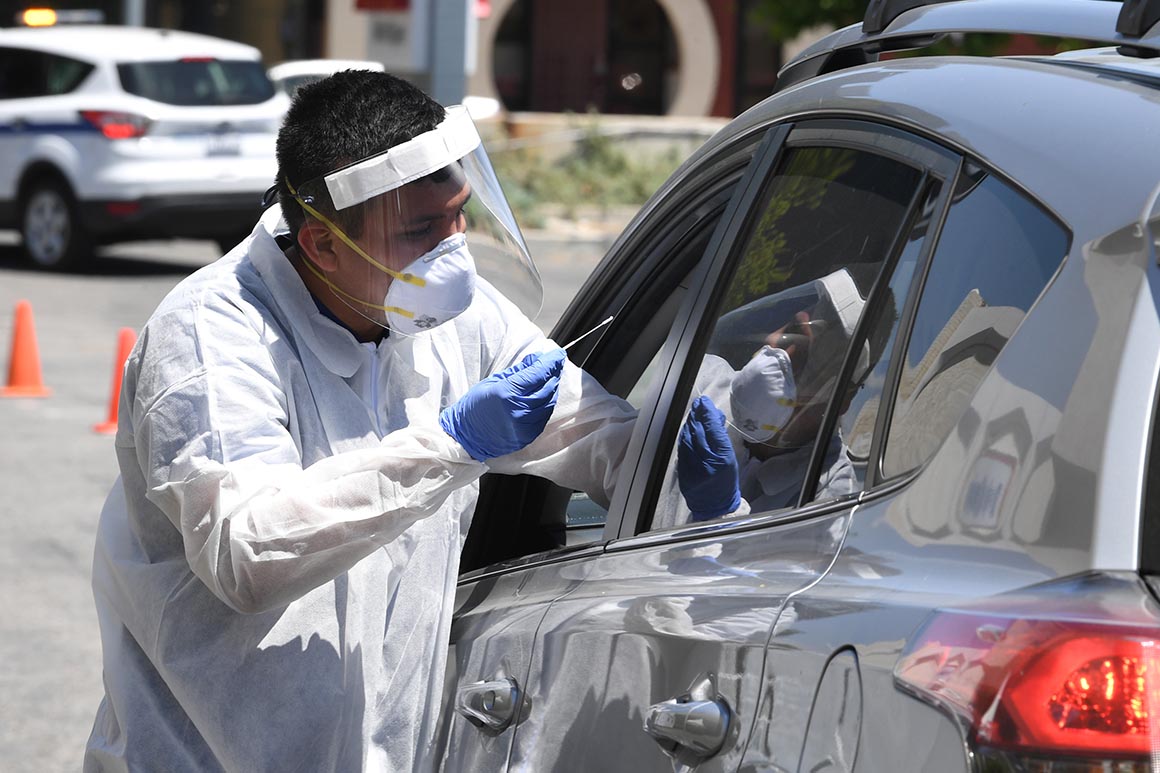 The $7,000 Covid test: Why states are stepping in to shield consumers

One national insurer was billed $6,946 for a coronavirus test in Texas, according to claims data reviewed by POLITICO.

I’ve seen where certain insurance companies have been billed in excess of $7k for a test,

If so, that’s criminal.

They are going with CDC guidelines.

Which in of itself is worrisome, lol. They’ll change before you implement them!

The SEC task force advised them not to test very many people but to do temperature checks, etc. I’m not sure that was a good idea and they may end up wishing they had tested everyone.

Testing from hot spots, from what I understand there are 3-4 levels of a hot spot. So they test if you’re from any level of a hot spot?

The way the positive test are coming in the past few days in the state of Arkansas people need to be serious.
Part of the problem in my eyes during this short period of time when you have a virus breakout and you keep hearing people say “hand washing”. People shouldn’t have to be told to wash their hands!
While I hope football season can be played I have my doubts about it actually happening. The medical professionals are facing challenges during this period of time where there is no vaccine!

Well that don’t seem too high! Huge drop from 7k

I think it’s a no brainer, test all student athletes regardless where they are coming from.

Army, not a bad price until someone test positive and you have to test 54 more employees. I would think the U of A can afford to test them all and often. It would strain my small company.

Yes for sure the U of A can afford the price. My thought on the price is what is fair and reasonable. Small companies suffer from the cost of everything from workman’s comp to providing medical insurance to employees . The price of medical care at times is just too high.