Arkansas only sure thing in SEC basketball

All other teams, including Alabama, seem to be up and down and anyone can beat anyone on a given day, except Arkansas.

Bama is either coasting or have lost their edge. Game at BWA will tell us which one of those two is true.

Right now, based on current form, I have to rank them as follows:

Arkansas did catch Missouri without Tillmon and Florida rusty and Castleton on restricted duty, but still Hogs look more solid and predictable than others.

The three freshmen look like they are anything but freshmen.

Those six are looking good.

I have a feeling Florida is going to be alright. LSU is capable of making a run, too.

Just looking at the numbers and common opponents, Alabama looks really really good. . . . We are going to need a herculean effort to beat them. . .now that said. . . it is at home, we are peaking, we’ve got a really good shot at them. I am looking forward to this game like none other this year.

If the hogs play together and defend it is possible to beat Alabama!

Justin Smith is a cagy veteran.

Interesting comment. I don’t think that would have been his moniker as the season started. It sure looked to me in November that he was auditioning to be an NBA 2 guard. His progress and transformation into a PF have been amazing.

IMO, based on the last few Bama games I have seen, I don’t think we need to play our best to win this one.

Justin Smith is a cagy veteran. He’s played a lot of Big 10 games.

I was discussing Justin with someone other day.

Remember the talk about Indiana fans being not unhappy that he was leaving. This someone pointed out something that was spot on. Smith was playing out of position on the wing at Indiana. In fact Smith attempted to do that here as well initially by shooting a lot of threes. I think Muss straightened that out and we see the results. I am betting he was playing 5 in high school.

Exactly what happened with Adrio Bailey in his senior year when Muss put him in his natural high school position.

I am betting he was playing 5 in high school. 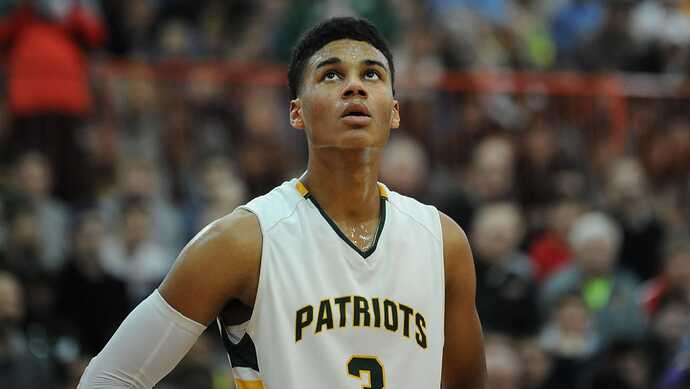 He’s been terrific with and without the ball in his hands of late. Makes good decisions. Seldom forces anything. No turnovers of late.

It’s time to bring Bama’ back to earth… I think the Hogs and LSU are both playing better than Bama’ right now.

Bama looked like they thought they were playing an easy tune up game in preparation for their game at Arkansas. I don’t expect to see a team, that in any way, resembles the Bama team that played Saturday.

The Hogs better “strap it on” defensively and make sure their shots are falling Wed. night if they expect to come out with a win.

And, by the way, I expect exactly that to happen Wed. night. With the help of the fans, the Hogs get a big, but close, win.

I’d say pump the brakes a tad.
We beat Mizzou, FL and Auburn without their best player.
The remaining wins are against average to below average teams.
We’ve been just as lucky as we’ve been good.

Or maybe it was mostly luck for us, but obviously our opponents had no countervailing luck on their behalf. Got it. I didn’t see that rock. It must be behind you.

and Auburn without their best player.

We beat Auburn without and with their best player. He played in our 2nd win against them. Also, remember MO, LSU, TN, and Bama all beat Arkansas without our best (or 2nd best?) player.

Having posted that though, I agree with you that it’s probably time to tap the brakes about the Hogs being the best in the SEC. We can revisit that after these next 2 (or 4?) games.

The star point guard for Auburn makes an impact in the TO department as much as he does anywhere else on the box score! Auburn has numerous possessions where he just went nuts With TO and getting his shot blocked in traffic down the stretch at money time.
Cooper is a loose cannon!

Perhaps on expectations. Mainly, I just don’t expect the sky to fall tomorrow. I believe(HOPE) if our team gets healthy we can be in the top four of the SEC this year. Actually, every year.

Absolutely. We proved for most of 3 decades that we could be a top 5-15 team nationally. No reason we can’t get back there.