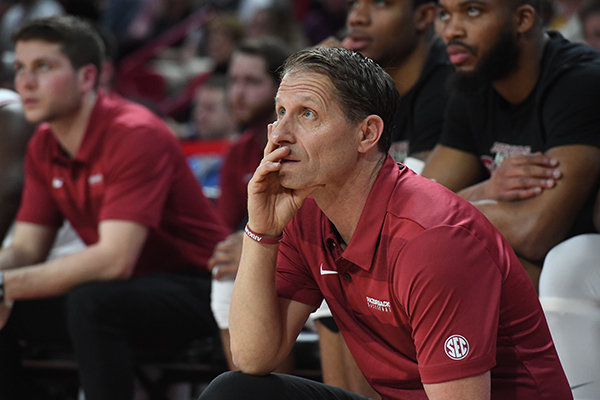 Great to see the Williamson lineage of All time great Razorbacks returning to the farrowing house so to speak ! WPS

I’ll speculate Creed has some game. Muss would not offer him unless he does.

Have to offer him if he can play and I bet he can play well. This is one of those that the program needs. It would not be right to see a Williamson playing against the Hogs.

I have never seen him play, but I would be willing to bet that he is a player. He certainly has the genes of one of the greatest Razorbacks ever!!

The Williamson name is huge in the state of Arkansas. Muss and the coaching staff had no choice but to offer Corliss’ son a scholie. It would’ve looked really bad if this coaching staff didn’t offer. Creed has improved a lot, more offensive versality than a year ago, expanding his game out to the 3-pt line.

And we know Muss love bigs that can face up and knock down shots out to the 3-pt line; so I’m not the least bit surprised with this offer at all.

LR Christian should be really stout with both Creed and Blocker on the team. By the way, is this a misprint or is there really a freshman PG “Corliss Williamson” (Jr?) on the LR Christian 2020/21 roster?

Yes, Corliss has a younger son at LR Christian. He had a full beard in the 8th grade.

I’m not all that familiar with “Jrs”, but isn’t it unusual that the younger son would be a “Jr.”? Of course, the roster did not have “Jr” by his name. Maybe it’s his middle name and he just uses it?

Not that it matters. I say offer any and all of his sons. If he has any, also offer his daughter(s).