The UA announced today it plans to enter into a 10-year agreement with Coca-Cola beginning in July. 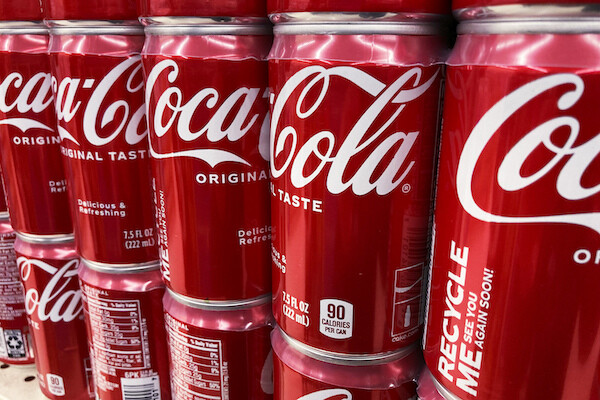 The University of Arkansas plans to enter into a 10-year agreement with Coca-Cola to provide beverages on campus, including at Razorback games, according to a release Monday.

That made my day. Pine Bluff folk grew upon Coca Cola……

Now if they only offered some JD at events then I would be all smiles as I could enjoy some JD’s and DC’s with lime!

It was always hell for me up there as I was an avid coke addict. I knew every place you could possibly find a coke on that campus to serve my needs. Now for the last 2 years, I’ve quit all sodas and only drink water so it figures they are going back to coke.

Same deal as the apparel contract, actually. Nike will be out and Adidas or UA will be in.

yes! the curse is lifted! just in time to save our baseball season!

If you’re a southerner, it’s Coke.

I will often bypass restaurants who serve Pepsi. I’m a Diet Coke guy.

That is great news!

I will often bypass restaurants who serve Pepsi. I’m a Diet Coke guy.

I am a regular Coke guy (that has its own issues, but I am addicted), if a place only has Pepsi, I either eat somewhere else or get a Dr. Pepper. I hate Pepsi.

Not necessarily. Over here in NC Pepsi is very popular. I don’t know sales figures but I see more Pepsi delivery trucks on the streets than Coke.

Of course Pepsi was invented in North Carolina so that might have some effect.

I like Mountain Dew at times but I’ve always been frustrated when Coke products not available. I would be happier if it was a 25-year contract.

Now if they only offered some JD at events then I would be all smiles as I could enjoy some JD’s and DC’s with lime!

Does JD Notae already have a line of drinks? I wasn’t aware!

Aloha,
AD HY for Man of the Year!
UA…Campus of Champions

I’ve quit all sodas and only drink water

I assume this is a university wide decision. I’d give the Interim Chancellor (Charles Robinson) some credit, too.

The sugar free Coke is bueno

Lots of great uses for coke products. Coke and (blank) works pretty good. Just fill in the blank. It could be ice cream or Maker’s Mark.

I gave up carbonated drinks and coffee for over 20 years. Basically drank water. Got off caffeine. After a stressful morning at work I had a cup of coffee. And I’ve not stopped. I limit it to typically 2 cups a day now. When Coke Zero came out my daughter told me I should try it. I’m a big fan of Coke Zero and Dr. Pepper Zero now.