Arkansas in Stillwater this weekend

The Razorbacks will scrimmage Oklahoma State for 14 innings Saturday beginning at noon. OSU is opening a new ballpark in 2020, but it isn’t ready yet, so the scrimmage will be played at the Cowboys’ old park, Allie P. Reynolds Stadium.

I’m told that stadium is in pretty bad condition and not much will be done in preparation for the scrimmage. It should be interesting to watch. I am planning to go over and cover the scrimmage.

• Saturday’s format will be a little different, with two seven-inning scrimmages, including a short break in between.

• The Razorbacks will bus to Stillwater tomorrow afternoon and treat this weekend like an in-season away game.

• A Stillwater radio station will have live coverage of the scrimmage - stillwaterradio.net. I will also post updates on our website throughout the scrimmage.

When did Casey break his hand?

He broke his hand a little more than a week ago. 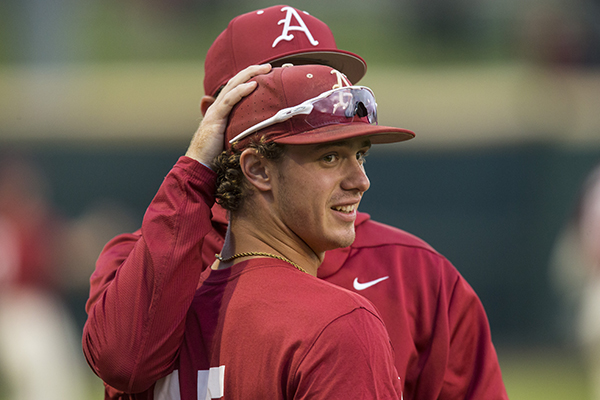 Arkansas shortstop Casey Martin will be out for the rest of fall practice after breaking a bone in his hand.

Matt, are 14 inning games standard for these fall exhibitions? It seems like each game we’ve played these last two years has been 14 innings. I’m just curious if that’s what everyone does. It obviously gives extra time to get lots of players some game experience against another team.

Matt, are 14 inning games standard for these fall exhibitions? It seems like each game we’ve played these last two years has been 14 innings. I’m just curious if that’s what everyone does. It obviously gives extra time to get lots of players some game experience against another team.

The previous 14 inning games have been played like this: 9 traditional innings followed by a short break. The remaining innings are played more like an intrasquad scrimmage with substitutions made freely and pinch hitters sometimes don’t play the field, etc.
I’m not sure how they handle it with the two 7 inning phases in Stillwater.

I spoke to Josh Holliday, OSU’s coach, this morning. He gave me a better explanation of the format tomorrow. He said it is one, continuous 14-inning game that will have a break between the end of the seventh and start of the eighth inning. It will allow for the field to be raked and the umpires and players to get a break.

That is different than the OSU press release, which stated there would be two seven-inning games.

OSU is probably going to throw fewer pitchers than Arkansas, based on what Holliday told me.

As for if all of the scrimmages are 14 innings, I’m not sure. I think it is more a matter of what the coaches agree upon beforehand. Holliday told me OSU played “between 24 and 28 innings” last year in its two fall scrimmages vs. Vanderbilt.

Here is more on this weekend’s scrimmage: 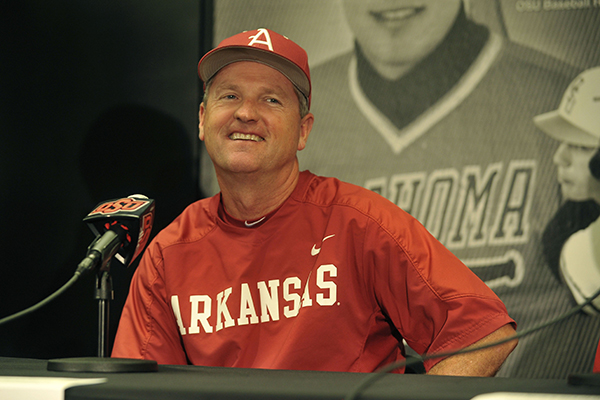