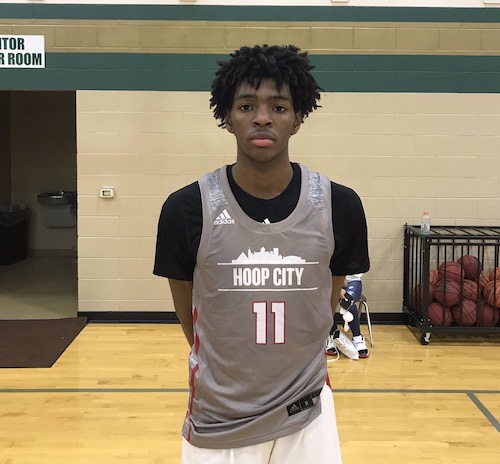 The Arkansas basketball program should learn later this week if it is getting back into the Bluff City basketball business.

Answering the question before it is asked, I think Arkansas is in good shape with Lawson, but I don’t have a pick.

He has not been to Iowa State or Alabama, so logic would say it would be between Arkansas, Memphis, Oregon and Vanderbilt - the four he has visited.
But logic and recruiting don’t really go hand in hand.

Sounds promising from Keelon, but far from a done deal. Since his brother is a soph at Oregon, that’s a bit worrying. I also hated to hear that Memphis was back in the picture. I was hoping that since both older brothers transferred to Kansas from Memphis, maybe a bridge had been burned. Plus, I just don’t trust Memphis when it comes to basketball recruiting.

I wonder how much in play Oregon is for J. Lawson, with him having a brother there currently. Probably very much so, IMO. Think they’d have be favorites to land J. Lawson’s services at this point, but I’d sure love to see him in a Hog uni.

Saw a crystal ball for Lawson to Oregon last night.

You’re showing your age there Dudley…wrong “Clyde”…lol…No disrespect intended to Clyde Fletcher, but we only wish Clyde Frazier had played at Arkansas…

My bad. Thanks for letting me know via the in box.

My bad. Thanks for letting me know via the in box.

If it had been an egregious error, I’d have handled it that way (as I have on several other occasions). This one was kind of humorous and easily understandable to those of us old enough to know who both “Clydes” were. It’s the kind of mistake anyone could have made. This is an example of that old phrase, “we’re laughing with you, not at you”.