I don’t post here often. I have been a member for 19 years and like to read the articles. I think the drama here is overwhelming some times. I have never been a proponent of simply firing the staff as very seldom does this make an immediate improvement. However, I now believe that is what needs to happen. We have lost the fans, the boosters, and sadly it appears we have also lost the players. I truly believe if we are going to ever improve we must do something drastic. And by drastic I mean firing everyone. I also think we will have to something drastic in the hiring. Something along the lines of breaking the bank and bringing in some proven coaches with some questionable history. Something along the lines of hiring a combination of Hugh Freeze and Bobby Petrino at O coordinator. I know this many people will bash these comments but I truly believe it will require something this drastic for our beloved razorbacks to ever be relevant again.

I couldn’t agree more. We cannot afford to fire this group then go get another up & comer.

My sister could be the OC my 14 yr. old yorkie could be the DC I would be the AD and I have the gazonkas to FIRE CM RIGHT NOW.And things start changing for the better that quick! WPS!

Amen brother. I could not agree more. I used to be snobby about hiring, certain people might win but not be right for Arkansas. What was I thinking?

Now – get a winner. Hugh Freeze – GREAT! He beat Saban Bama two times at Ole miss, something that’s never been done at Arkansas, not even by Petrino. Cheater? Well, he has not cheated at Arkansas. This mess we are now living or choose a big winning SEC coach who used to cheat at Ole Miss – easy choice for me, he’ll do just fine at Arkansas.

Bringing back Petrino? Do it. He said he was sorry. Yeah, he flamed out at Louisville but at Arkansas he took us places we had not been since the late 1970s, he had just finished a 11-2 season with Cotton Bowl win when we fired him. I’m glad to see him pick up where he left off.

Mike Leach? Get that crazy man in here. Won consistently at Texas Tech, a nowhere place in a desert prairie where no coach had ever won consistently. Got fired because he had the audacity to be mean to a player whose Daddy was Craig James. Yeah he’s unpleasant to the media and known to be foul at times – so what. Love to see him in a Hog hat.

GET A WINNER AND CUT OUT THIS NONSENSE!!

Totally agree. Go get a winner. I don’t want see anybody with a slogan for his program. Don’t need to hear anymore BS

In order to keep the existing players and recruits, they are going to have to get someone with a successful resume of winning and developing players. And I think it’s going to take a serious message to the Razorback faithful that the administration is committed to winning at the highest levels. I know it’s easy for me to spend someone else’s money but that’s what it’s going to take to bring the rest of the boo$ters back. A ho hum hire and players will transfer, recruits will de-commit, and boo$ters will take their money elsewhere.

I would consider him.

Sounds good to me too, Hawgindaslough! And I could almost guarantee that there’s NO WAY we would be in a pile of pig dung any deeper by your choices than where we are now.

I think ccm has lost this team.

I keep having a thought that it might be the only reason CCM is still employed this morning. All HY is getting feedback on is likely more of the same.

I agree it has to be something drastic. Like convince Jimmy Johnson to be head coach. I’m kidding, but that kind of drastic. 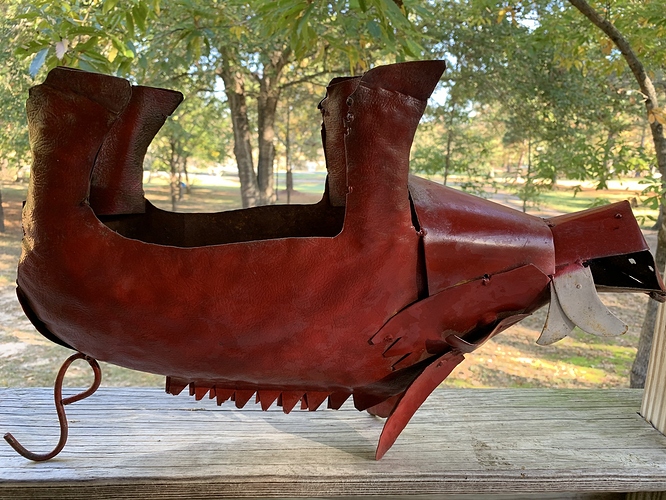