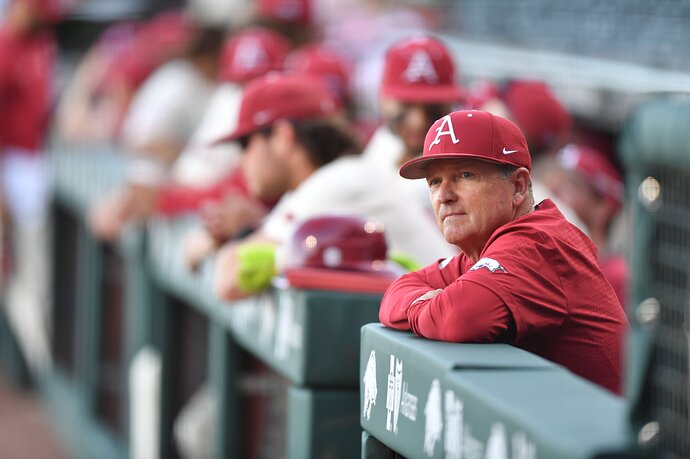 Hear from Dave Van Horn and Michael Turner after the Razorbacks went 0-2 in the SEC Tournament for the first time since 2012,

Listening to Turner, he made a couple comments that were interesting.
“We’ve got CERTAIN guys fighting their butts off (at the plate)”
Trying to get “EVERYBODY ELSE TO BUY IN”.
That is somewhat paraphrasing I guess, but pretty much what he said.
Is there any concern with his comments?

Obviously some of the fans comments, (he mentioned twitter specifically), have gotten in their heads somewhat. Not good.

Making negative remarks about the team or individual players on twitter or any other social media is downright cowardly. Why say something on social media that you wouldn’t say to their faces?

That said, our players need to get past that. That’s life in today’s world. If the players can’t take it, they should stay off it.