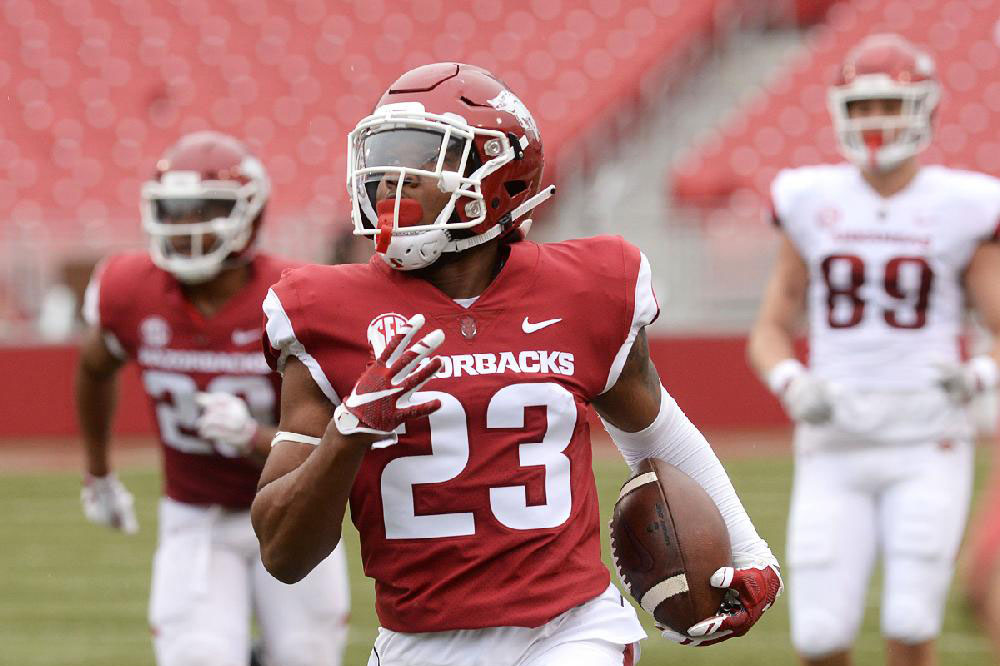 Arkansas freshman Devin Bush announced Monday via Twitter he is leaving the program and entering the NCAA transfer portal.

Any reason given other than maybe playing time.

I made reference to watching the transfer portal within the Crawford decommit thread days ago.
Obviously, I don’t know all the factors that led to the decommit or Devin Bush entering the transfer portal after 6 games into his freshman season, but I warned that if we see this type of thing happen especially with newly signed players it could be a key factor in HY’s decision making.
Bush was our highest rated defensive signee and bought the recruiting pitch that our program and coaches had the vision to turn this football team around. For whatever the reason Devin Bush has seen enough after coming in early out of high school in the spring, going through spring and fall practice and now six games into the season that he made a mistake and doesn’t see this vision he was sold. We have to fear that other recruits and current players are possibly thinking the same thing. It will be interesting to watch going forward to see if these two are outliers or will more follow and decide to decommit or enter the transfer portal. Hope not!

He hadn’t made the 2 deep on a very bad defensive team. I suspect he thought he would and see’s that he’s not so I want it my way and I want it now. Generational thing… could be wrong but I don’t see that it’s vision.

Are our coaches able to develop & motivate these recruits to play up to their potential & abilities? Despite Petrino’s flaws, he was able to develop the offense, especially QBs, to play above their skill level.

Transfers & de-commits can be like a virus that spreads when players see little hope for improvement & success in the program. This could get ugly for the UofA and will heavily weigh on HY’s & the Board’s decision about the future of the program under CCM.