Man, I was in the dumps a couple of days ago thinking it was Applewhite.

I really like this. His dad was my choice when we hired CBB. Now we get a good young mind, one trained by a great offensive mind, that should work well with our existing student athletes. Fine move, in my opinion. WPS.

Wow, awesome job ! Sam is killing it with his coordinator hires. Best coordinator we could’ve possibly gotten in my mind 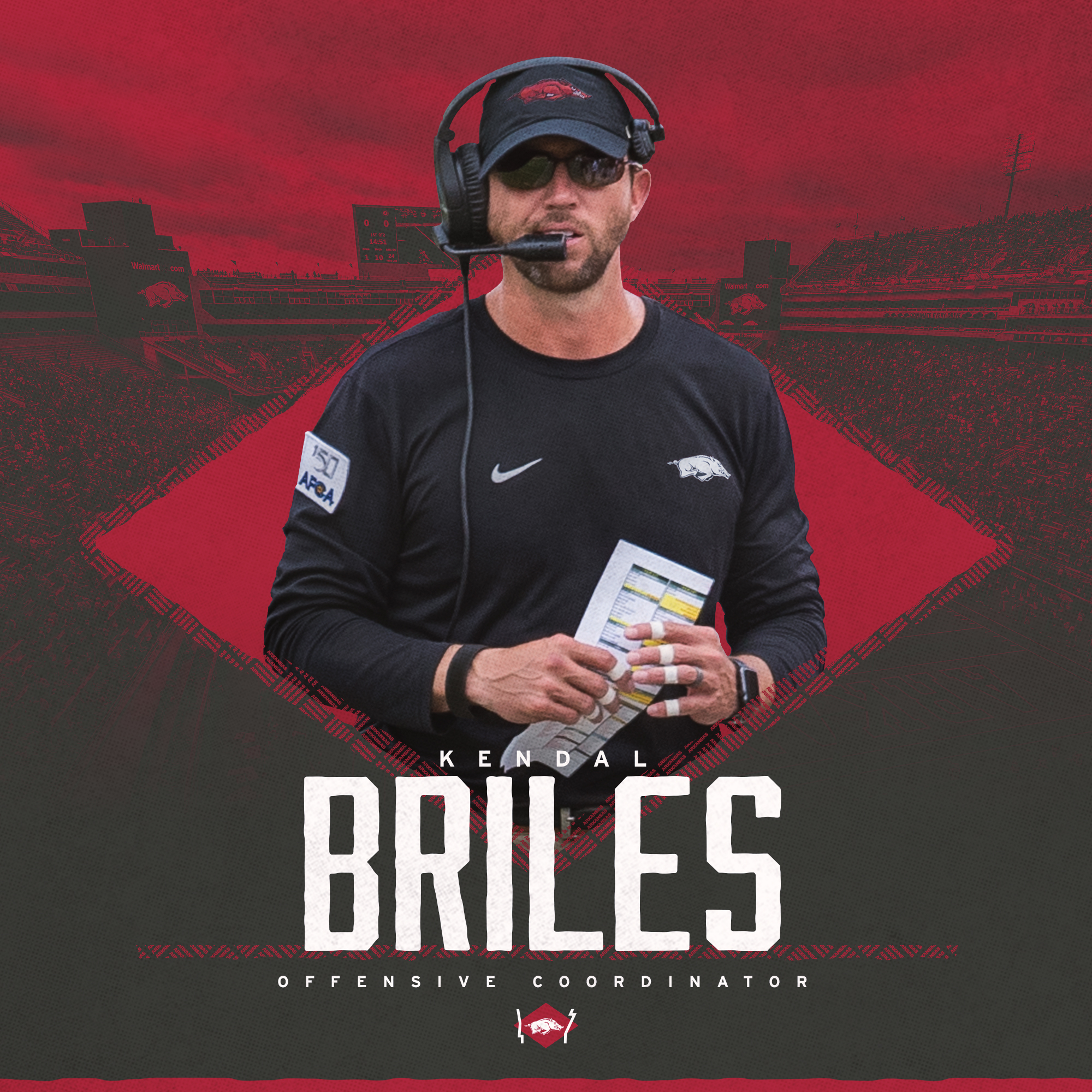 Obviously they’re not concerned about the his role, if any, in the Baylor scandal and his alleged comments about white girls liking football players. Or not concerned enough not to hire him anyway.

Great News! I think it illustrates an ole offensive line coach does not have to be boring. Kudos to Sam Pittman. I really like having the maturity of Pittman and the creativity of a young innovative coach in charge of the offense.

I think that Briles brings an immediate change to the offense that few coordinators could. Briles is a young, aggressive coach and play caller that will be able to recruit Texas high schools. I believe that we now will see how the RPO, spread offense works. This hire should make getting a freshman QB much easier and will get the attention of dual threat QB’s in the transfer portal.

So far, I am very pleased by CSP and think that he could be more successful than the flashy young candidates that we considered.

That is big, very big

Any concerns that Sam wouldn’t be aggressive in hiring coordinators, or that he wouldn’t have enough money to bring in good ones, have now been put to rest. Next question is will he have to go cheap on the rest of the staff?

That twitter feed is blowing up and about 95 % are elated. Those who are negative are Mostly outside Arkansas and just jealous of the hire!

No way you go cheap if you are in this to win.

No way you go cheap if you are in this to win.

LSU has four coaches making $400K or less, so even with paying Aranda what he’s making, they don’t extend that to everyone on the staff.

I would bet that money for the rest of the staff will not be an issue. Also remember that FSU could very well be on the hook for part of the Briles salary.

I am like you. I wanted Art Briles when we hired Petrino. If we ghad made that move, I think our program would be in great shape today. Now we get him as an unpaid consultant, Great deal,

Also remember that FSU could very well be on the hook for part of the Briles salary.

I’ll be really interested to see what we’re paying him.

Well we know he is going to make 85% of a million no matter what Ark pays but I am going to guess OC and DC paid same or close to it.

Love it! Had a feeling it was him…Sam has 2 very good coordinators! Just need to get DL coach now.