from Coach Calipari and BJ Boston, who believes the refs gave the game to Arkansas. 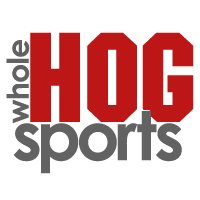 After a sustained run of success in his first 11 seasons at Kentucky, John Calipari knows that none of his team’s opponents are going to feel sorry for his team when it struggles.

Great article, I wonder if the Cats have put Chris Beard on speed dial yet. Great win for our Hogs, you have to be able to win close games to give yourself a chance later in the season. We had some guys step up and I’ve been really impressed with Vanovers play of late. WPS

It looked like a foul on Tate, but even if it was not, tell me how often that Kentucky ends up on the wrong side of the whistle? Speaking of whistles, has a referee’s review gone our way this season. Kind of like my whining during football season, don’t stop the game and give the teams a free time out, just rule against the Hogs and move on!

Cal and the KY players whining is priceless. The replay shows one Ky player pushing Tate’s head and the other holding his arm on the shot. Cal is so used to refs bowing down to his sideline grumbling at Rupp. The looks on the KY fans near the end told the story.

Tate was hacked on that play…on the arms. It was an obvious foul, but one that seldom gets called on Kentucky in close games. We were the better team.

My question is where is all the young Kentucky talent? This is not a loaded, talented team like Kentucky normally has.

I don’t know how much Cal actually scouts recruits to justify their ranking or star rating. Or just offers them in order to get the top 1 or 2 ranked class.
It’s been mentioned during games that Moody was obviously better than some ranked higher than him including 1 or 2 at KY.

He has been a constant on the recruiting trail so he does his homework.

As for this year, it looks to me as if he didn’t land a true point guard and a bunch that is very talented, but not mentally tough or selfless.

Plus they’re just “so young”

There were multiple fouls. I actually have a still shot my brother sent to me from above the basket looking down and Sarr has his full right hand smacking Tate across the left side of his head and he wasn’t even the one that was called for a foul. Cal want to question it then he just needs to see the still shot of it. It was a foul and they can deal with it. The ball didn’t bounce their way this time and I for one am not saddened by it.

Hope that was ok to post - my apologies if not. Not trying to break any rules here.

I would say UK should be better than their record. Kentucky has talent just not sure what the disconnect is there.

Duke, UNC, Kansas, and Kentucky…none of the four ranked

Just a weird time continuing into 2021.