Are you kidding me? 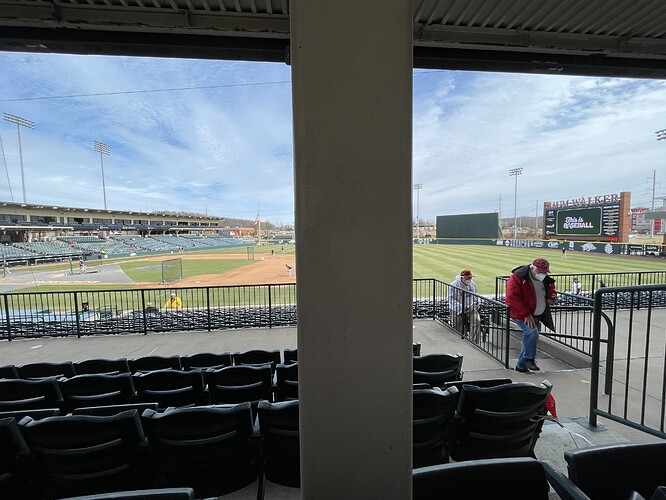 Tell Bob Uecker hello for me.

I’ve heard complaints about the way they jacked up ticket prices this year too.

I think I’m paying about as much for tickets to 11 games this year as I’ve paid for season tickets in the past.

Of course, the seats aren’t as good either.

For first game I am actually one section better than my usual season seats. But I move further away from plate for each game of the series

Would did you upset?

The thing that really irritated me about the seat, was that if they had blocked that seat and moved everything down one chair, the sight lines would have been fine.

Are you going to talk to the Ticket Office? That’s poor planning in the construction of the stadium and poor execution to force people to sit behind a support structure wiping out the view. Just bad all around.

The TV cameras didn’t show much of the crowd yesterday, but what I could see didn’t include many masks being worn.

No, it was a last minute purchase and they didn’t have many options left for opening day. Also, we won’t be in those seats again.

Reminds me of an old joke.

Jose got seats for his first baseball game. He was directly behind a post. Jose says "Now I know why these crazy Americans sing that song “Jose can you see”.