Are the Notae rumors of leaving true?

If so this would really shock me. JD is primed and ready to go crazy next year.

The lure of making nice money can be hard to turn down. Prob can make some cash overseas…

JD may see the hand writing on the wall with KK probably going to play quite a bit and probably some new recruits coming in limiting his playing time and with the short leash that Muss puts on him, it may be that he can’t take another year of that. Since he already transferred once, could he go into the portal?

He has been in college four years. For some student athletes, that is “enough”. Wonder if he has graduated. Dudley not betting the house on JD staying is something to pay attention to. Dudley’s statements are always measured and not thrown around to create a debate.

Since he already transferred once, could he go into the portal?

He’s burned his redshirt year, and if I understand the one-time transfer proposal, the one-time part of it means JD isn’t eligible because he already transferred. So he would have to transfer down to D-II, or lose a second year. That would still leave him one year thanks to everyone getting an extra year because of COVID, but I can’t see him sitting out two of three seasons. If he’s leaving it’s to play for pay somewhere.

I AGRE, I think he will go pro, maybe overseas hoping to make the NBA on day, thanks for the clarification.

I sure hope this is an April Fool’s day joke. Our promising 2022 backcourt seems to be falling apart.

I think we’re looking at a new normal. There are over 1,300 players in the transfer portal, with the number climbing. Everyone looking for a better opportunity. The days of a coach losing three seniors players and replacing them with a like number of freshmen appear over. Now, a coach had better be prepared to replace six or eight players in any given year.

Xavier Johnson come on down, do it anyway but if JD is exiting stage left then we have a deal for you and the system to thrive. 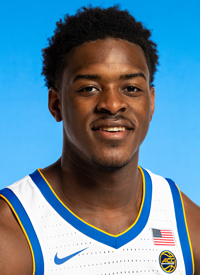 We just got his teammate, young Mr. Toney.