CBSSports.com is reporting Arch is adding Florida and LSU to his list of schools which already included Texas, Georgia, Alabama and the obligatory Old Miss.

Do they really call him “Arch” or is that just his TV name? I guess he will join Daddy in the Caesar’s commercials with JB Smoove…Those are pretty funny, actually.

I just hate we’re not one the few. Of course it doesn’t matter if you don’t get the final signature.

They do hang some monikers in that family…

add David Cutcliffe as offensive analyst and you get Manning love and attention. Unfortunately Texas is planning that move and we don’t seem to be interested in following the proven Saban game plan of analysts out the wazoo for conversation and recruiting. John Adams is SEC knowledge bearer of highest repute in TN and he thinks Arch is down to TX and Bama.

Some of the Newmanite fanatics on Saints Report think they have inside kowledge of GA being the leader in the clubhouse. Im waiting on passing academy to leak lots of news since both Peyton and Eli are retired and now media moguls. 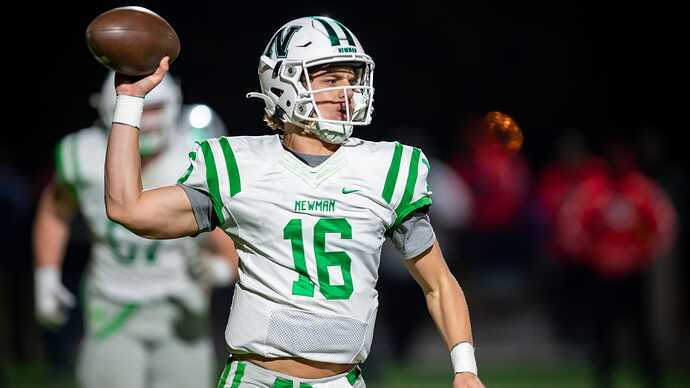 And then there were four. Or is it two? The Arch Manning sweepstakes remains story No. 1 in the recruiting cycle for 2023 prospects.

LMAO man! Adams is the K’town version of _ally _all. Even worse, he is a LSWho grad.

I don’t read John Adams. Not sure I’ll start, either. He probably isn’t reading anything I write, so we are even!

Don’t fret neastarkie - I believe that he is more an urban legend created by the media than he is the end-all, be-all. They came to Lafayette, LA. for the State Playoffs this past season and he was very pedestrian in a butt-beating from LCA.

Would be interesting to see the list of can’t miss QBs who made it and who didn’t. Manning has a shot because of talent and the benefit of having some of the best in the game tutoring him but he will have to perform like all of the other can’t miss prospects.

Time will tell if he can measure up to all of the expectations.

Time will tell if he can measure up to all of the expectations.

True, but the family has a pretty consistent history of living up to those expectations.

What would you think the probability is that he plays enough/well enough to be invited to the Manning Family summer QB camp?

He will probably be a counselor.