From earlier………who whizzed in this guys post toasties??? I mean seriously, he didn’t even play in the game when they played us. What a tool!

I did not…care to elaborate for those of us who didn’t? Curious now. 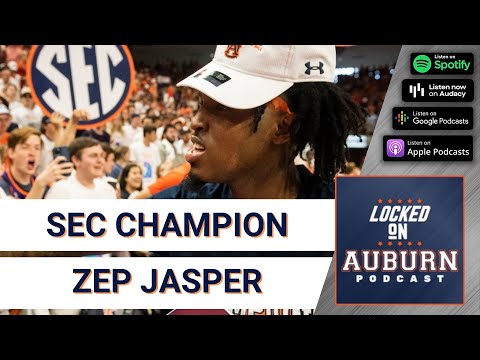 Glad that we have their attention. Means we are doing something right.

My only problem with it is this - player should be giving us the standard party line, worrying only about the next opponent…

Glad that we have their attention. Means we are doing something right.

Absolutely. We’ve gone for many years of complete indifference from most folks. When people hate you, it means you’re doing good.

Another resident of clown town. Glad we are living rent free in that fool’s head. Muss’s guys would never do that crap. Low class punk…just like his buffoon coach. Kid needs a tea bagging.

Talk is cheap chump. Talking about us disrespecting them LOL and you’re bunch of morons had the stupidity to get out and start dancing on the logo. You deserved to get your tail kicked and I can assure you our guys aren’t going to back down from you. Bring it on Big boy.

The Auburn radio guy acts like he’d like him to stop but is not sure how to do it.

What’s a Zep Jasper? Never heard of him.

It’s best to not say much! Let the hogs do the Tsing in the court. First order of business win our first game. When we start that game we will know who we are laying next with a win.

If unable to listen he essentially said: “ We feel like we’re going to beat the crap out them (Arkansas) when we see them again because from their coaching staff, their players, their fans, we just didn’t tolerate the disrespect they put out.”

The clown didn’t even travel with the team due to an injury!

That’s right young man just focus on Arkansas don’t worry about your next game you got them because they’re push over’s. lol.

He transferred into Auburn this season after 4 years with Charleston.
He’s 25 years old (came across as closer to 15 in the interview).
He’s 6th in minutes and 8th in scoring at 5.0 PPG, for Aub this season.
Pearl touts him as the best defensive guard in the country.
Most importantly, since he didn’t play against us, he was Bruce’s excuse why they lost.

Well, I just got that many more reasons to hate and go against Auburn. If we do play them I would play that interview on loop in the locker room pregame.

Yeah did he even make the plane ride!!?? Lol bet his teammates are proud of him.

Zep didn’t play in loss at Arkansas. That was probably tough for him to handle. He’s a really good defender and probably felt like he could have impacted the game. Since he didn’t play I would imagine he spent way too much time to social media afterward. He went looking for things on Twitter that would make him mad, he found them and got mad when he did. Tough.

Childlike comments from him, very immature.

Sounds like to me he may need to go back to school! Just saying. Embarrassing!!