We just got destroyed inside v. LSU …despite the best efforts of Jaylin. Is there any news on Justin Smith’s return, or the availability of Bay Bay or Kamani?

Connor has got to put on some muscle so that being 7-4 actually means something. He’s never gonna be quick enough to really guard a mobile #5…but with some muscle he can create his own set of mismatch problems. Right now, if he’s not hitting the 3 ball, he is not much of an asset, imo. He’s too easily pushed out of position underneath.

As for Vance, he is driving me nuts. I thought he was coming on…and he may be still…but his effort level on the boards and defense seems to be directly proportional to the number of three’s he hits.

Iyiola is supposed to be back.

Smith is probably at least a week away. 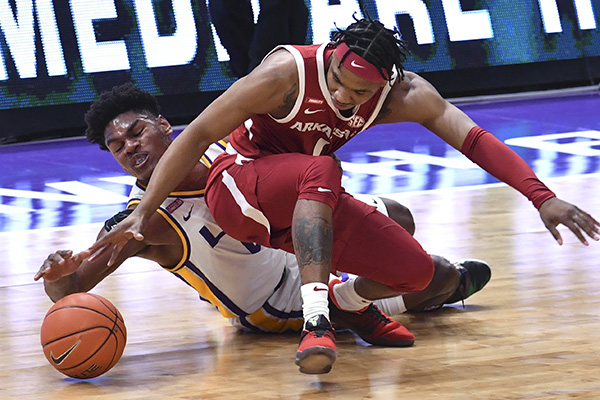 Arkansas guard JD Notae did not practice Thursday, one day after he injured his shoulder during the Razorbacks' 92-76 loss at LSU. 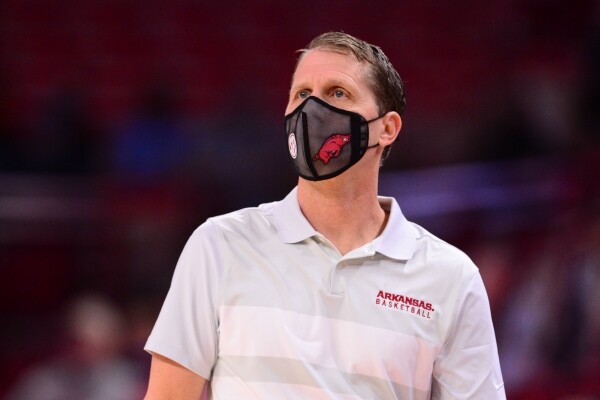 Arkansas coach Eric Musselman talks about the Razorbacks' upcoming game at Alabama, which is undefeated in SEC play.

It’s not Vanover’s weight, but his mobility.

General, I understand Connor lacks mobility. We all do. My point was with more muscle he can at least create a mismatch of his own. At his current level of strength, he can’t turn being 7-4 into any sort of advantage against anyone physical enough to just move him.

He will never be especially mobile. Not many 7-4 dudes are mobile enough to check someone 6-8 or 6-9 with agility. But he could create his own set of problems for opponents…if he strong enough to own some space.