I really think this is going to get much worse and way out of hand. I have to believe the NCAA is going to make some sort of adjustment to this new set of rule. Its basically enabling a whole pack of “…I’ll just take my ball and go home…” type of people. No longer can a coach put someone else in your spot to try and motivate you to work harder… now they just say… FINE, I’ll portal out of here! This is become insane.

Florida just lost a Oline that started 8 of 9 games this year. 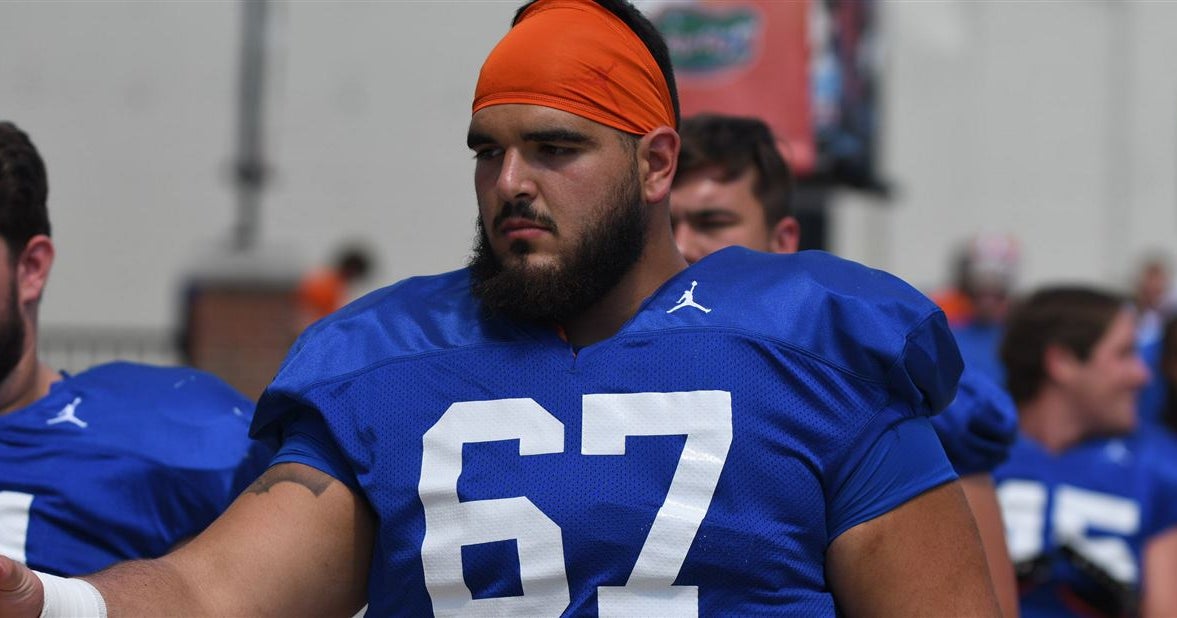 A Florida starter has entered the NCAA's transfer portal following the Georgia game.

I do not think the transfer portal is causing players to transfer. It is just a database that shines a light on the number of them who are deciding to do so.

Portal makes it easier. That said the good players will find a home but many will be left at the altar too. If you can play and are not a problem case it is all good but you are leaving the known for the unknown and I suspect many of these players have not weighed the risks—similar to agents telling players they are sure thing for the next level. Few make it.

One aspect I am not clear on is how leaving for portal affects graduation ratings in place for available scholarships etc.

One aspect I am not clear on is how leaving for portal affects graduation ratings in place for available scholarships etc.

The portal does not change anything in regards to graduation rates. Universities have always been hurt in the Federal Graduation Rate for any student, athlete or otherwise, who transfers to another school. In the NCAA’s Graduation Success Rate, athletes who transfer are not counted toward their initial university, but toward their last.

The GSR was created as a way for the NCAA and athletics departments to gauge how athletes were performing academically when common practices like transfers were factored in. The FGR does not discriminate between an athlete or a regular student, and does not take into consideration why athletes might not graduate.

Again, the transfer portal is not a loophole or new rule that allows more athletes to transfer. It is simply a database that has the names of all transferring players. There might be more athletes who transfer now because of the portal, but the option to transfer has always been available to them.

Why is everyone acting like the portal is the reason for the transfers? I thought the portal was established to let the world know that player X is seeking to transfer. That way other schools can reach out to player X. Before, when a player wanted to transfer, he would have to initiate the contact. Am I missing something here?

Perhaps I’m just bundling the change in the redshirt rules with the transfer portal. Still its gotten so much easier for someone to just say “I’m outta here”.

I know through my life there have been many moments that were very difficult or just down right rotten. There were always times I wanted to just quit or leave. In one or two instances I did just that and without reservation I regret those decisions. I’m also very proud of the times I decided to just stick it out and force my way through. Fortunately there were more proud moments than regretful ones. But I was raised not to give up and no matter what fight for what you want. Even if you don’t get it, you know you gave everything you had to achieve it and you can hold your head up. If you quit, you just never know and will regret it.

I think some people conflate the transfer portal with the redshirt rule, and think that one was established because of the other. That is not the case.

A lot of football players have taken advantage of both by playing in four games, then entering the portal to let other schools know they were available.

I think the manipulation of the redshirt rule was unforeseen. The redshirt rule was established at the urging of football coaches who wanted to be able to play freshmen a limited amount of time without burning their redshirts, not to play in four games, decide you’re unhappy and save a year of eligibility for after you transfer with your degree.

The transfer portal has served its purpose, from what I can tell. It was established to give athletes in all sports the ability to be recruited once they chose to leave a program, and to do so without the interference of an athletics department that might want to limit where they could transfer.

Thanks for the explantation/information , Matt. Clears up some of my confusion.

Its sad and needs to be stop last week!

I agree with votan that this is going to get worse. It’s not so much that the actual rules have changed but this new “vehicle” makes it tempting and easier to jump in. If you tell someone to not eat the cookies and you put them up in the pantry they would be less likely to snitch one compared to if they are laid out on the counter fresh out of the oven.