Another one picking Colgate 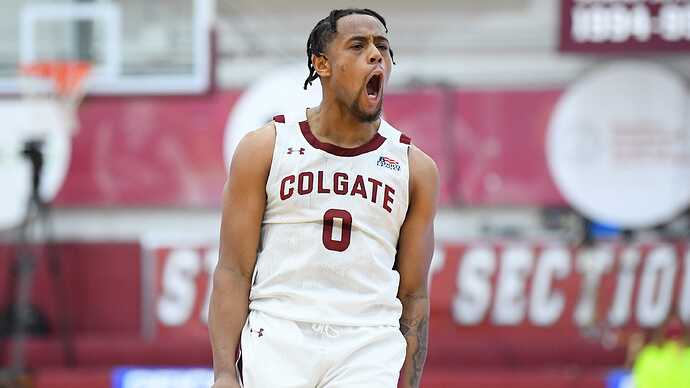 These four picks are the smartest you could make in the first round of your March Madness predictions.

I wonder if any of the pundits picking Colgate have watched game film from the Patriot league championship game. Colgate can make wide open 3’s. Their bigs are nowhere near SEC ability. They are slow and look like they are not going to compete on the boards. I think that Smith will dominate inside. I think that Conner can do a lot of good things against them. Jalyn will be able to play enough to knock his rust off and Jackson should have good looks against their smaller perimeter players. They have 1 guard, Burns, who looks to be fairly quick, but the other players are not going to keep up with Devo, JD, Tate, Desi and Moses. We also look much stronger with the ball and our length and hops should really bother their 3 point shooting.

I think that Moses can score a lot, but I expect that we will make a lot of passes and get good looks for a lot of players. It will take a sloppy game and poor shooting for this to be a close game.

I hope Conner gets some good minutes tomorrow. You’d think this is one game he’d match up well. Not the quick 6’9” inside guys he has to play against in SEC games. If we pressure the 3 he can hang back and block shots if we get beat.

I haven’t ever watched Colgate play, but 2 years ago, they played with tennessee in a very tight game. their star that night had 32 points, I think, and he’s now a senior.

we need to play well to win, like all tourney games. so far, Muss usually has his teams ready to play.