Another bracketology I didn't know was out there

Here is a bracketology from Vegas Insider. I’ve been on that site frequently in past years. I’ve never noticed this before, so maybe it’s a new thing for the site this season? This one was released this past Monday, so it doesn’t include our win at Florida. They had us as a 5 seed prior to our road win at Florida.

They also just used the committee’s published data for their top 4 seeds. 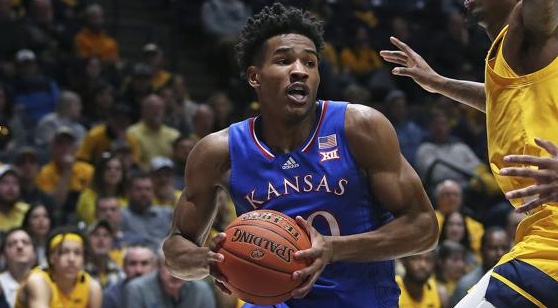 I don’t see that one on Bracket Matrix (and my firewall at work won’t let me call it up). But the ones that are on the Matrix have the Hogs as the top 6 seed, updated last night (although some of the brackets included haven’t been updated since Sunday, and several more since Monday).

Also of note: Lunardi has apparently dropped us to a 6 today despite two straight Q1 wins.

Also of note: Lunardi has apparently dropped us to a 6 today despite two straight Q1 wins.

Lunardi, on his Tuesday new bracket release, went back on his week-end statement on ESPN, that he moved the Hogs to a 5 seed. He had us as a 6 seed on that Tuesday bracket. He also even left TN as a 4 seed despite our 10 point win. I guess there could have been a Monday night win that moved a team ahead of us and dropped us back to a 6 seed?

Also, of note from the Vegas web site. The Hogs have an even more astonishing streak than our winning 12 of 13 games. We’ve actually won 12 of 13 games “against the Vegas Spread”. That’s nearly unheard of. Our only loss was the 3 point win against TX A&M. And, stupid me, have been touting the Hogs through this streak and haven’t had enough sense to go to Hot Springs and bet these games.

He also even left TN as a 4 seed despite our 10 point win.

I liked the polls a lot better in the old days when they denoted a ranking of the best teams - at that particular time! There are not 17 or 18 teams…at this time, playing better ball than the Hogs. We used to complain about the bias of the pollsters…but I prefer it to the “robotic” metrics that remove the human element, and attempt to tell us differently than what we can deduce with our eyes.