Another big transfer for Mississippi State

On the heels of getting a commit from Garrison Brooks, MSU has added former Kentucky commit and 4 star DJ Jeffries, a transfer from Memphis. MSU returns the backcourt of Iverson Molinar and DJ Stewart. 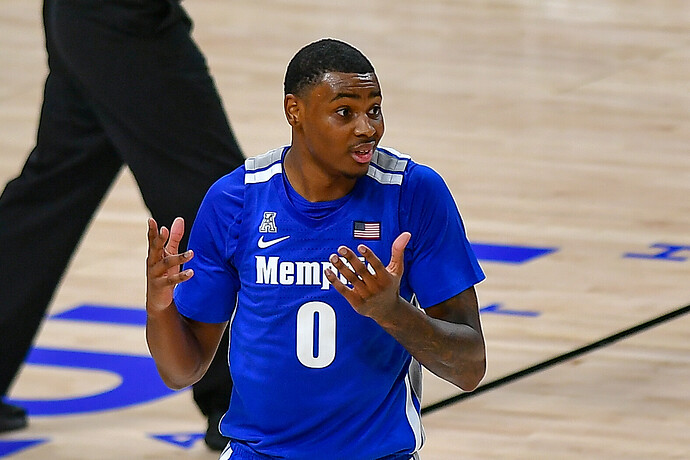 D.J. Jeffries is coming to the SEC. The former Memphis forward, who was once committed to Kentucky but ultimately played for Penny Hardaway for two seasons, just announced he will transfer to

There should be seven SEC teams vying for NCAA bids, in alphabetical order as of now

Of course, rosters are still being finalized. Waiting to see how LSU finishes and if Scottie Pippen Jr returns to Vandy.

Looks like Missouri, Ole Miss, Georgia, A&M and South Carolina will have a tough time breaking through.

There is a lot of potential for coaching changes after the upcoming season.

Martin is going to be under a lot of pressure to have a good year at South Carolina, as will Crean at Georgia. I’m not sure either can survive another year of mediocre to poor results.

The faithful at A&M may start getting a little nervous if Buzz does not make a jump next year, but I figure he’s safe for at least one more year.

Howland needs a good year at MSU for sure, and they should be much better. I think Ole Miss will probably keep Kermit Davis around another couple of years, but he needs more talent on that squad.

It could be ugly at Missouri and LSU this year. Missouri did not get it done with a very veteran group last year, and you have to wonder if that Big Ten type system they play can get it done in the SEC. LSU lost some talent and who knows if Wade will even be coaching the team next year.

i agree. I think LSU takes the biggest tumble out of all the SEC schools that made the NCAA tournament this past season.

Florida is ever the enigma under Mike White. Could be great, but easily could be another underachieving season for the Gators.

White has basically burned all bridges with Gator fans. They want him gone, but White still has support of AD. We’ll see how long that lasts, if White flames out again next season.