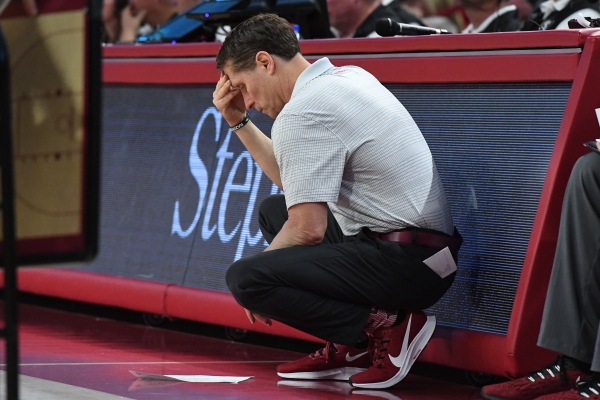 Arkansas is now in the midst of its most trying stretch of the season having lost 3 of its last 4 entering a challenging road game at Alabama on Saturday.

If the hogs lose these next two games their chances of making the Big Dance would slim to none IMO.
Don’t get me wrong, if they can start getting consistent points again from Joe they could turn things around, but if not it’s going to be extremely difficult because of the other well known disadvantages this team has to most every opponent on the remaining schedule.
Honestly, I think this team has overachieved what many expected this first year of the CEM era because of the effort and a great non-conference start to the season. However, the non-conference record was I bit of fools gold because the majority of those teams aren’t going to the Big Dance either including Indiana and Georgia Tech. While both of those wins were important in the building process for the program neither of those teams are considered top tier teams in their respective conferences.
IMO, if this team can get to .500 in conference play by seasons end it would be a good season for this team.
Then we can set our sights on next season with the infusion of more talent and size which should be the start of regular trips to the Big Dance for years to come.
I’ll continue to watch this team play with effort, fight and heart and hope for more wins than I honestly expect knowing that really good times are in the making.