Breaking down Arkansas’ 76-57 win at Missouri, starring Stanley Umude playing lights out on the road again and the Razorbacks teaming up to frustrate the Tigers’ top options offensively: 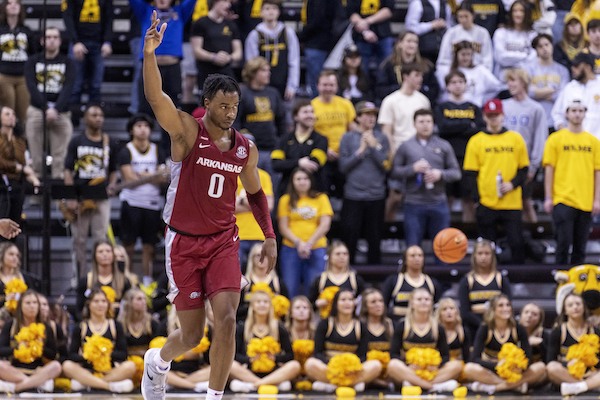 Eric Musselman did not sleep a lot between Arkansas’ loss at Alabama last Saturday and Tuesday’s game at Missouri. He wasn't in the greatest mood, either.

A visual of Umude’s perimeter shooting in the last 3 SEC road games: 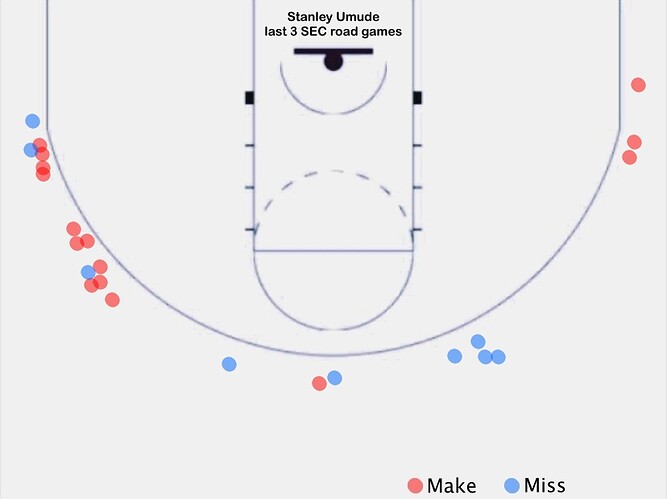 To bad back in my day more shot charts were available to my age group. I remember managers keeping something but I don’t remember checking them out. Anyway good job.

Kids today have all the information Ava into them if they would pay attention to it. Those that don’t listen wouldn’t be playing ball for Muss.
Umude has been solid on defense and now the offense is coming around. He has a good looking stroke and even when he isn’t hitting he still plays hard.

Some defensive numbers from last night:

• Missouri players were 5 of 21 shooting against Jaylin Williams. The 21 shots defended are a career high. His previous single-game high was 18 last season vs. LSU.

• Kobe Brown finished 1 of 5 from the floor against Williams and 1 of 3 against Trey Wade.

• Stanley Umude scored 23 points and hit six 3s, and held Tigers shooters to 1 of 10 from the floor.