An update on attendance, game days, etc., this season 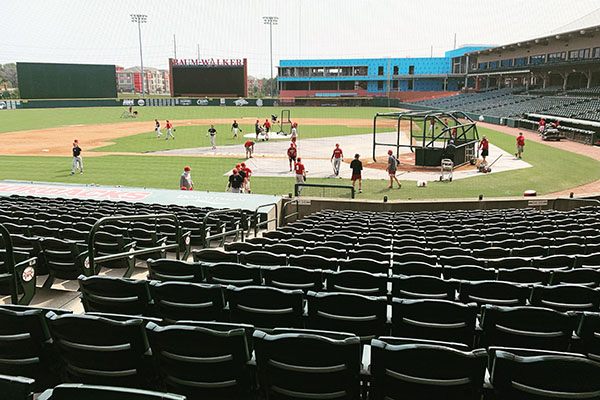 Razorbacks expect to allow around 4,000 at baseball games

The University of Arkansas expects to allow at least 4,000 fans per baseball game at Baum-Walker Stadium this season, but officials have not determined a final number.

I’m told the schedule will be released sometime next week.

I do not know where he got his info.

I reported all of those dates last month.

Arkansas baseball coach Dave Van Horn is hoping for a 2021 schedule like the 18 he has scheduled before as head coach of the Razorbacks.

Okay, I guess YOU was his source.

There is one conflict according to what UALR is reporting.

I don’t see any conflicts. Am I overlooking something? The UALR series is scheduled for April 6-7.

You are right again.

There’s no need for that. I appreciate you checking my work. My biggest fear as a reporter is to get something wrong, even something as simple as a scheduling date.

Anything about baseball is highly sought after right now… is the baseball complex in right field going to be ready for opening day?

No, the Hunt Center won’t be completed until the summer. The loge boxes that are part of the building will be used this season.

Hunter Yurachek said today that the estimated capacity for baseball games will be 4,218.

I’m wondering how they get 4200 in (~40% of capacity of BWS) when they were limited to 20 percent at RRS in football and now 20% at BWA for hoops. I guess they can spread people around in the Hog Pen for part of that

Suites and club areas will account for roughly 25% of the people who attend the baseball games. There is a lot of premium seating available in the stadium. The left field grass area and the bleachers behind it are also going to be used.

The capacity at Baum is 10,737, but we’ve seen it fit a lot more people than that, and the listed capacity will increase a little this year with the addition of the loge seats. I’d say 4,218 is closer to 30-35% of what the stadium can hold.

OK that makes sense. I never have seen exactly how many suite seats there were, and now you have the right field loge seats too.

Suite tickets are limited this year. There are not going to be any SRO seats in suites. So that cuts down availability there, too.