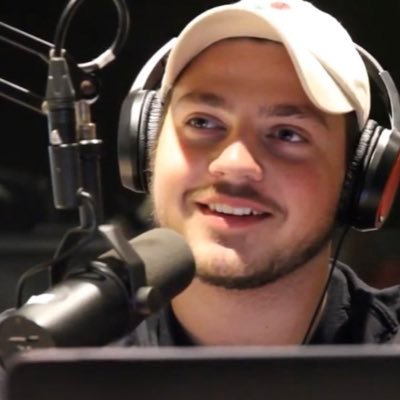 @SpurrFM
UPDATE: A former member of the Million Dollar Band has confirmed that the band will not be traveling to Austin, TX because of the proposed seating arrangements and limited number of seats. Here’s a picture of the TCU band sitting where they wanted the MDB to sit. https://t.co/DNLglIj0HO 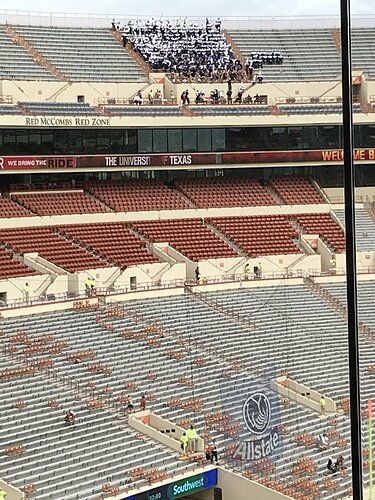 I’m guessing it’s pretty rare for them to miss an away game.

I know there are SEC rules about how many tickets have to be reserved for the opposing school. I guess there are no rules about where the seating for the fans (and bands) has to be? They can be stuck anywhere as long as it’s in the venue?

The conferences typically determine how many seats have to be reserved for visitors. In the SEC, I think that number is 6,000. If memory serves from Arkansas’ trips to TCU and Texas Tech, it is quite a bit lower in the Big 12, around 3,500. Big 12 rules are in place here (for now) because it is a Texas home game.

The SEC rules stipulate that so many seats have to be in the lower bowl. I’m not sure what Big 12 rules say.

To say Texass marches to a different drummer is more than a mild under statement. Is there any SEC stadium where the visiting band is in the nose bleed section of the stadium? Is that just good manners or is there a rule in the SEC about the number of seats for the opposing team AND the location?

Matt was already answering most of my questions while I was typing.

If you look real close in the photo, you’ll find Quinn Ewers’ car.

Texas is going to present a series of never-ending problems to the SEC. They don’t expect to play by rules most everyone might accepts as fair and in the interest of the community. The SEC Office will need a consulate placed in Austin to keep the Longhorns from wandering to far from the SEC branded herd.

I don’t think it will be a series of never-ending problems. There will be an adjustment period, and Texas will be doing the adjusting.

They have zero leverage on the other members of the SEC, and they are going to be entering the conference after what promises to be a pretty miserable experience the next couple of lame duck seasons in the Big XII. They will know the rules and expectations before they ever play any SEC games, and they really are not in any position to do their own thing.

Thanks for the info, Matt.

The whole time I read your first post, I was thinking Aggies and not Texas. Duh. But at least we know that SEC and Big 12 expectations are a little different.

I honestly wish that our game this week wasn’t at the same time as the game in Austin. That might be a fun one to watch.

The SEC rules stipulate that so many seats have to be in the lower bowl. I’m not sure what Big 12 rules say.

Based on this seating diagram, I would say zero in the Orphan Eight. Sections 119-125 are visitors. 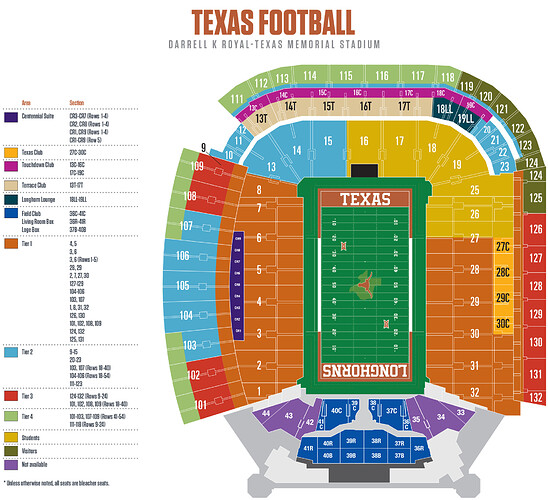 I would guess once in the SEC, they’ll designate parts of 18 and 19 for visitors.

Interesting that those six sections in the south end are “not available.” Under construction maybe?

This photo of the south end was taken in July 2021. Looks like it was pretty complete then. 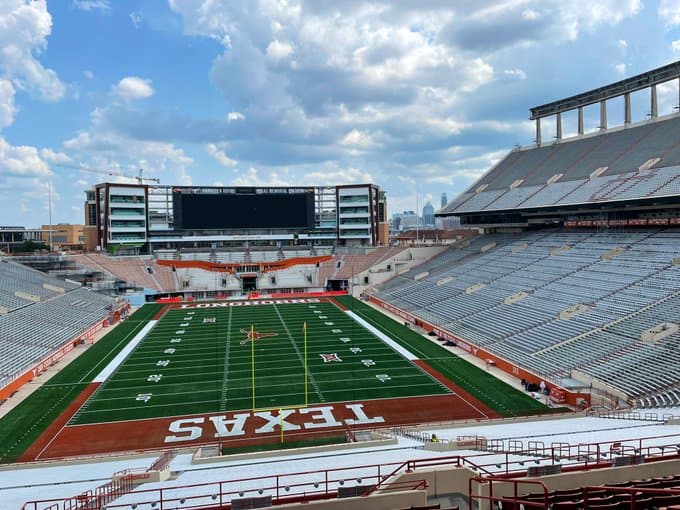 I honestly wish that our game this week wasn’t at the same time as the game in Austin. That might be a fun one to watch.

ut/Bama will be a good game & plan to record it while watching the Hogs.

Not a Bama fan but hopefully they, & everyone, beat ut badly.

Talked with ut buddy yesterday & had to listen to his excuses that ut struggles are primarily due to their Freshman QBs but that great recruiting, NIL$, & Sark will soon change their fortunes.

There really needs to be a long hazing period for TU. This bunch is in desparate need of some humility. I hope Saban really pours it on them.

There really needs to be a long hazing period for TU.

We started that hazing period last September. Not all that fond of the Ocean Scum either, but I’m confident they’ll continue the hazing process.

They go to Tuscaloosa next year (that’ll be 0-3), but that’s their last SEC game until they enter the league.

They go to Tuscaloosa next year (that’ll be 0-3), but that’s their last SEC game until they enter the league.

Is there not a return game with Texass for us to go there? Was that game last year just a one shot deal?

Is there not a return game with Texass for us to go there?

Last year was a return game from when we went to Austin in 2008. It took them 13 years to return the game.

They do have a home and home with Georgia scheduled in 27-28, but they’ll be in the league by then (and if the schedule works as I expect, you won’t play rotating teams two straight years).

Last year’s Texas game was originally scheduled for 2009, then pushed back 12 years when the Arkansas-Texas A&M series began as a non-conference game in Arlington.

Alabama will hopefully get even with Texas over tickets next year. I’ll be surprised to see the Longhorn band in Tuscaloosa in 2023!

I think the Bama band should make the trip, bring some extra amps along, and crank it up and play as loud as possible.

Let them hear “Yea Alabama” after every play. Then during halftime, serenade the tea-sippers with Boomer Sooner, The Aggie War Hymn, and Arkansas Fight continually. If the stadium hasn’t already cleared by then anyway due to the blowout on the field, then that should take care of it