Any truth that coaches are flying to visit him today? 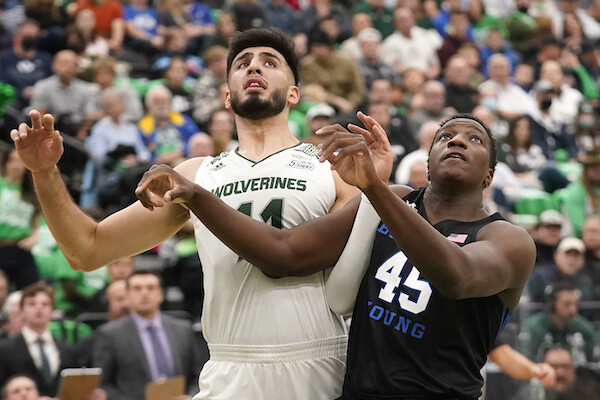 That’s the talk going around. An in-home visit with Aimaq today.

Those are the 2 big rumors floating around right now.

Can’t see a place for Pippen Jr, honestly. What would he bring that we don’t now have?

Scottie Sr could grab all of the attention from the refs for us.

Was told that was yesterday

Pippen is not officially in the portal, as far as I can tell. So I hope he’s not on campus.

If Pippen was actually on campus, it would be all over twitter. No way anyone could keep that secret.

Can’t see a place for Pippen Jr, honestly. What would he bring that we don’t now have?

I agree. Also, has Black signed an LOI or enrolled, etc? If not, I wish this Pippen Jr. rumor would go away.

Let’s not get too proud of ourselves. NO program is too good to turn their nose up at a player of Pip Jrs caliber.

Pippen’s not great, just OK - 32.5%. Better assist guy (4.5 apg) than 3 point shooter. High volume shooter and very good scorer, similar to Notae. Like Notae, can get his shot off with ball in his hand. Average on free throws (74.9%).

Aimaq on the other hand…

Pip is average on FT% but very very good at getting fouled and getting to the line. Think Mason Jones but even better.

I hope that is not true about Pippin

Because if it is and he has not officially entered the portal, that would be a violation.

Because if it is and he has not officially entered the portal, that would be a violation.

Exactly what I was trying to say above.

most everyone has shot this rumor down anyway

Based on what I see with Aimaq, I think he struggles with the speed and athleticism in the SEC. I think Brazile is a better complement to JWill.

Of course I didn’t just lead us to back to back Elite 8’s….sooooo