Related: if you think the AAA classification system with regards to private schools is fair you might not be a fan of AR HB 1097.

Those who follow the money find out interesting facts.

Here is a link to the NWA version of that Masterson column. If you subscribe to a different version of the Demozette, you will need to login to that version to read it. 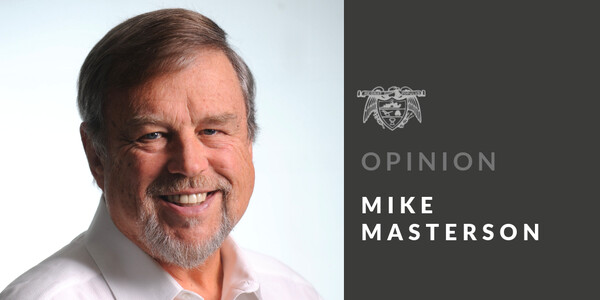 Since moving back to my hometown of Harrison in 2015, and being a former Harrison High School Golden Goblin, I've assumed the unabashed role of a homer.

Well, just to add a little clarification to the “facts” in that article, and I have “no do in the hunt” the athletic scholarships include those who are teachers in the privates, and have children in the school, who also play sports, also, parents with several children in the school are given tuition breaks, which also “qualify” as scholarships in this accounting. Do private schools recruit, sure, do public schools recruit, sure.

For every PA , LRAC or Shiloh, you have teams like Episcopal, Subiaco, Catholic, or Baptist Prep who struggle playing up under the AAA’s current classifications. As a Goblin alum myself, I have felt bad that their last two trips to the playoffs resulted in losses to PA and LRAC. However, I’ve seen the other side as well as my son played at Baptist Prep and regularly got their butts handed to them playing “up” in conference.

Further, for a private school to even have any consideration to a matter to go before the AAA, they have to find a public school sponsor to bring the issue to the table. They don’t even have a voice without a sponsor. Bardwell and other Harrison parents are just don’t have the full picture of the situation.

For years and years the Texas UIL excluded all private schools in Texas, which had their own athletic associations, and still do. Eventually they decided that private schools could join the UIL, but only in the largest conference (which is 6A) if they agreed to follow UIL rules on things like, yes, recruiting, and only if they are ineligible to join the private school leagues. There are very few private members; in fact there may only be two. Dallas Jesuit and Houston Strake Jesuit used to be members of TCIL, which is now defunct, and when TCIL folded, they were too big to join the other private school leagues. So they negotiated their way into the UIL, and when the UIL rewrote its rules, they made sure that only private schools who were unable to join TAPPS or SPC, the remaining private school groups, could join UIL. So that leaves the two Jesuit schools as the only members.

The bill’s sponsor is upset because his school is in the same league with PA and LR Christian, who met in the 5A final this year. But the answer is to get better, not kick PA and LRC out.

TAPPS has more than 200 members. SPC is 16 prep schools in Texas (Houston, Austin and DFW areas) and one in Oklahoma City; Holland Hall in Tulsa used to be in the SPC but now competes in the Oklahoma athletic association.

that rule was changed…my grand daughter and grandson(the 2 oldest ones)transferred this year from Maumelle to Mayflower…grandson could play immediately(8th grade) but the grand daughter could only play JV ball as she is a senior,could not play varsity due to transfer rule so she became a team manager…broke her heart that she couldn’t play…and they didn’t have enough girls out to form a JV team

If you make a bonafide move into a district, you are immediately eligible, if you school choice, different rules.

The rule is the same. I just didn’t do the best job fully explaining. You are correct if you are in ninth grade or above you will have to play jv, effectively sitting out of varsity sports. Rice is also correct in that public to public for a bonafide move you are immediately eligible.

The facts are still the same in the rules are set up to favor public schools so that’s one of many reasons I disagree with Masterson’s opinion.

Wow. That was quite the rant.

The championships won by PA and Shiloh had more to do with coaching than recruiting. If you look at their athletes, you don’t see a roster full of college football players. You might see one every few years, but they’re not rolling out 4- or 5-star players at every position.

Look instead at their coaches. Those coaches have developed a system for the players they do have to succeed. It started with Malzahn at Shiloh, then was carried on by people who either played or coached for him. Kevin Kelley at PA has decided that playing the percentages is the way to go. Little Rock Christian is only a recent power, but they went and hired a successful coach out of Alabama.

I commented on his opinion piece. I am neighbors with the principal at PA. When all this first started I asked him for the roster. It is exactly what you said. Those kids aren’t that big in height and weight. They just have the benefit of having played in the same system since the 5th grade and they don’t make mistakes.

Well, to say they don’t have advantages that public schools don’t have is naive, too.

Curious to hear what the advantages are?

I hear the argument of the public schools. I believe there is merit. To organize well ahead of high school age and work on skills and systems would seem to be an advantage. Systems like Greenwood have done it, too. Harrison under Tice did it, too.

But generally, most of the public systems are not set up that way.

How do you handle it? Not sure this the answer but I see some merit in the argument.

If you are at a private school, you feel one way. At a public school, you see it differently. I know many coaches on both sides and they don’t agree, either.

One other thing here and not sure if it could come into play or not. Public school systems are funded by tax dollars. Tax dollars that people pay whether or not they have kids in schools or if they choose to send kids to private schools. If you start to take away things, it is one more argument for tax credits to those that send their kids elsewhere.

Coach Tice was there when I was in school. I have a tremendous amount of respect for him. He felt pretty strongly about this issue. On this, he and I disagree and it’s just because I’ve seen the other side. Coaching stability makes it easier to start the system in earlier programs. Coach Tice was a fixture in Harrison for a long time.

If you look at their athletes, you don’t see a roster full of college football players.

Quarterbacks and receivers/tight ends get recruited at PA. I can’t think of any Power Five level recruits at LRC except for KYSO Dyer, who was obviously a running back. Neither one produces SEC-level recruits on the line, linebackers, etc. (Hayden Henry walked on).

But those are over the past 20 years. It’s not as though they’re putting 22 players on the field on a scholarship to PA. In my opinion, it still comes back to the coaching and the system.

Most of the kids are at private schools because of academics, social atmosphere, and many because they prefer Christian education.

The person who wrote the letter to Masterson is completely in the dark when it comes to Central Arkansas schools.