According to the guys on

The Buzz’s afternoon show. UA is ahead of most of the SEC in the NIL game.

If so, we could be getting some exciting news regarding transfers.

Well, on DTS Monday evening, Trey Biddy was saying that UA needs to up its game on NIL to come up to speed with top SEC schools. So, that implied UA was behind,

I have little doubt that we are not quite up with Bama, GA, A&M & LSU. We could still be ahead of “most” SEC teams.

Well we better learn how to be big time players in the NIL game because that is how the game is being played today.

Two people with some knowledge of Arkansas’ NIL deals estimates about 40-50 players have NIL deals. Obviously there’s different levels involved here. Some doing very well to some getting gift cards to certain businesses.

Talked to a guy in Texas close to the Horn program and he estimated about the same number of players for Texas have deals. The O-lineman on scholarship have a nice deal which brings them 50,000 a year.

Texas A&M would not have signed the class they did without the massive amount of money the business community has put forth.

I can see Arkansas competing well in NIL deals but not on the level of the biggest and richer fanbases. I don’t see that ever happening.

You need the NCAA or congress to step in with rules that help put schools on an equal footing. Until that happens it’s the wild, wild west.

The kicker in all this is when the back and forth bidding begins.
I make it a habit not to have a personal conflict with anyone who counts money with ten digits.

You need the NCAA or congress to step in with rules that help put schools on an equal footing. Until that happens it’s the wild, wild west.

Haha. That’s a good one. They all know NCAA was always a joke, but is basically now a thing of the past.

And, I disagree. Keep it a free-for-all. Anything that involves the Ncaa will always be tailored to benefit the blue bloods.

There are those who I have heard speak on this subject, still believe the Blue Bloods will still prevail in this system, albeit outliers who can hit a financial windfall can slip into relevance from time to time. The interjection of limits may just allow other than blue bloods and highly endowed programs from pricing the mid to lower level programs out of the game.

The interjection of limits may just allow other than blue bloods and highly endowed programs from pricing the mid to lower level programs out of the game.

The mid to lower level programs were priced out of the game decades ago.

Told the average NIL deal nationwide is 40 bucks a deal.

Well, heck, I would have given Fouche $50 to stay. Why didn’t anyone tell me?

A/M is on the verge of their best class ever… it didn’t come cheap.

A&M is on the verge of their best class ever… it didn’t come cheap.

I wonder if we will ever know the effect this will have at the gas pump Nationwide?

Cincinnati, Houston, and a few others may see it differently. Also the USF and similar programs were able to evolve under the previous environment, flawed as it was.

Does KJ have a NIL deal? Trey Biddy particularly referred to him saying he may have an insignificant shaving cream deal but nothing a third best SEC QB should have. That was his basis for saying Arkansas is way behind top SEC schools that we want to compete with.

Lots of money down there in Texas and lots of folks have some. It seems A&M has about a 70,000 enrollment and they likely have a whole bunch of well to do alumni. Their recruiting class
is extraordinary. Big and fast is bad news. 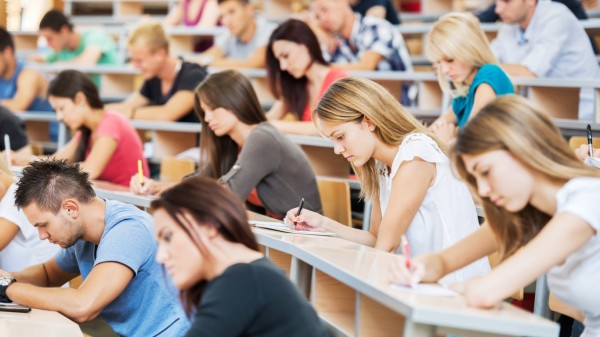 Attending a university has become more and more expensive, American students more than ever must turn to grants, scholarships, and other aid to help afford higher education. Many schools can offer students financial aid through their endowments —...

If all it takes to recruit a great football team is to be one of America’s richest universities, then Rice and Duke are gonna kick some butt