According to Carson Shaddy

Kevin Kopps was originally a walk-on. And so was Shaddy. Shaddy walking on doesn’t surprise me; Kopps does.

Carson was on Phil Elson’s radio show Friday talking about his former teammate. That little tidbit makes the KK story even better.

I think he had to beg them to let him walk on.

I’m very proud Of KK, never seen a kid improve as much as he has. He has went from somebody I hated to see come in the game to someone I feel like we’re going to win when he comes in… hope we win a NC with him on the mound for last out.

I thought the knowledge that Kevin Kopps was a walk on recruited by Dave Jorn and Tony Vitello was pretty widely known. 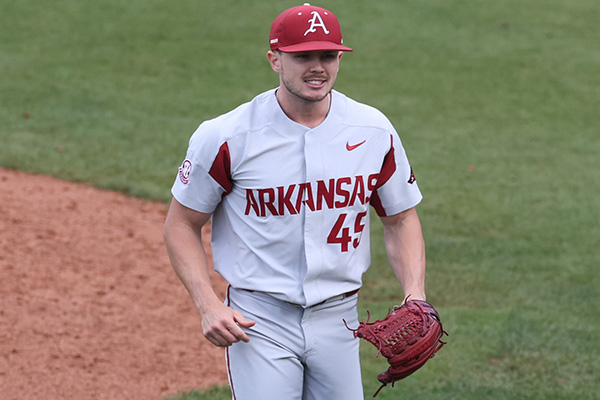 Norm DeBriyn sees many of his ex-players regularly at a Friday morning Bible study.

Naw, I think that he gets more swing and misses. Batters just can’t believe the movement.

Definently more swing and misses for sure.

Jorn told me a long time ago that Kopps had some academic money but that was it.

More of these guys were walk ons than most believe. James McCann was a walk-on (but had a full academic scholarship). He could have gone anywhere for free. His ACT was darn near perfect. He made one B in college.

I think many would be surprised to find out how many great college baseball players were or are walk ons.

Lockheart may have some aid. Doubt it for Smith. It seems like most scholarship money goes to pitchers. You would probably be surprised how few baseball players get any money.

I assume graduate transfers receive baseball aid, no different than other sports.

I don’t think Smith was a graduate transfer. He had to sit out the year after he transferred from ETSU.

Clay: How hard is it to receive an invitation from the baseball Hogs to come in as a graduate transfer? Are they guaranteed a roster spot or do they take their chances?

I don’t think Arkansas is going to offer any graduate transfer the coaches don’t see fitting into their plans for the following season.

I do not think Dave promises playing time or a roster spot for the spring. If they call unsolicited then they prob track down tape and go from there.

Rosters are big in the fall. And it is highly competitive to win a spot to begin practice in January.

I knew that with 11.7 scholies (which remains a joke) you don’t have money for everyone and some guys are walking on. Surprised we got KK up from Sugar Land for free, although clearly if he can handle biomedical engineering he is smart enough to get academic money. Sounds like McCann was in the same boat.

You would be surprised by how many starters on AR are not on baseball money. Especially position players. The good news for Hog fans is they just want to play for the Razorbacks! It’s only going to get better with transfer rules.

Zowie, very uncommon for anyone and even more so for an athlete.