What’s his current situation? He doesn’t appear to be with the team right now.

Everything is fine. He’s still very much with the team.

Curious why you say that?

Thanks for the response. Two things led me to ask. One is that I haven’t seen him in any of the pictures that have been posted by the basketball twitter account. The second is a comment made in passing by Coach Moser during the season ticket holder zoom meeting that seemed to indicate that he was not here.

I double checked and confirmed.

Arkansas head men’s basketball coach Eric Musselman announced that guard JD Notae and forward Abayomi Iyiola suffered injuries and are not participating in practices. Both players’ injuries occurred prior to the start of team activities. 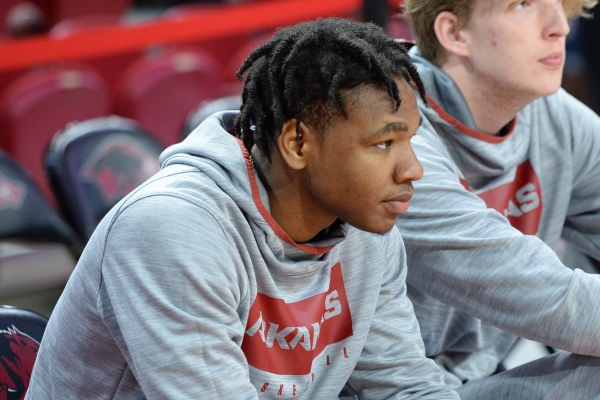 Notae, Iyiola out due to injuries

Eric Musselman announced Thursday that two Razorbacks players are not participating in team practices because of injuries.

The dreaded ACL. You never know how one cones back from an ACL. That certainly makes Iyiola a question mark for the coming season.

That certainly makes Iyiola a question mark for the coming season.

I can’t imagine he’ll play this year at all. Even if the surgery goes great and he rehabs like crazy, he’d be the 13th man when he comes back. Don’t even know if he’d bother applying for a medical hardship since he’s already burned his redshirt year. I could be wrong but…

Could be a potential spring semester transfer.

I was thinking the same thing. So sad to hear this.

Could be a potential spring semester transfer.

If he has his degree. If not he loses another year and would have half a season left.