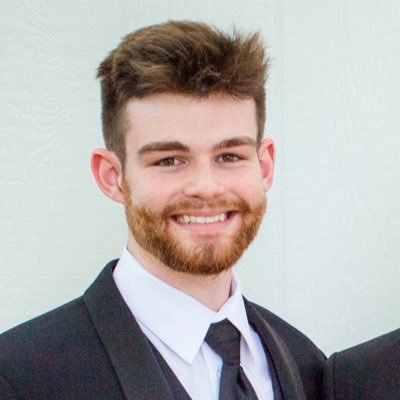 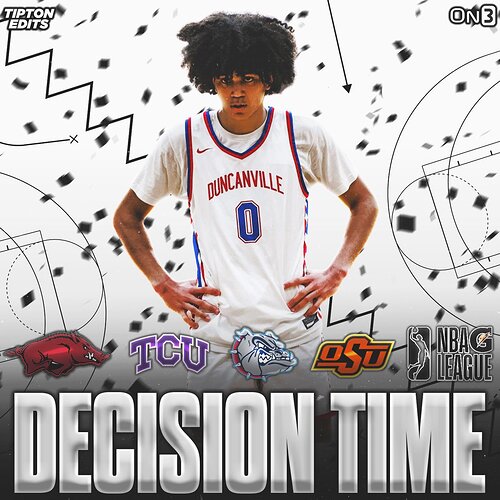 Well I felt pretty good until Dudley told the story about TCU. TCU should be in the sweet 16 but got hosed at the end of regulation. Black was watching the game and tweeted after they lost.

Props to the Arkansas staff for giving it all they had and getting in the conversation. It wasn’t long ago we we’re holding our breathe for the signing of a “high 3 star”.

I actually feel better about our chances after seeing the Hogs listed first and that the order is NOT alphabetical. That’s the list at the bottom of the picture, not the list the author chose in his write-up.

Who is the last school he visited?

I just tossed out that people shouldn’t take TCU for granted, not that he was going there.

Well, he made a trip to Arkansas for a game on Feb. 18, but it’s likely he made some to see Micha play at TCU, too.

What makes you say that?

Not directed at anybody, but we’ll see.

Look around enough and you can find somebody “in the know” all claiming Arkansas, Gonzaga, TCU, Oklahoma State and the G-league will be the answers for Anthony Black.

All of them are “hearing” or have been “told”.

That means there are at least four entities (an no doubt many people) getting bad info.

The worst thing one can do in my position is act or hint like I know something that I am not sure about.

I will say this - this thing is being carefully crafted. It’s impressive.

Would be 3 McDonalds AA’s in one class. That would be joining a small number of programs that have done that.

Kentucky, Duke, North Carolina, Kansas and Michigan have done it. Maybe Memphis? Anyone else?

Crystal balls are starting to show up for Gonzaga

I’m curious to see if the winner of the Ark/Gonz game will be a determining factor. If so, then projecting him to Gonzaga is nothing more than another speculation.

Is Gonzaga a Nike school or program ?

Couple interesting things here. The guy Ramone that’s been 100% on his picks to AR, responded to someone saying Anthony Black to Gonzaga on Twitter. Ramone, apparently thinks this guy knows his stuff, and now believes AB to Gonzaga is happening.

Someone responded on another message board (rewatch the AB video again). If you watch, when they show the top shelf the first time AR is in the back. When he looks at the fridge again, AR is in the front.

See for yourself (right shoulder) 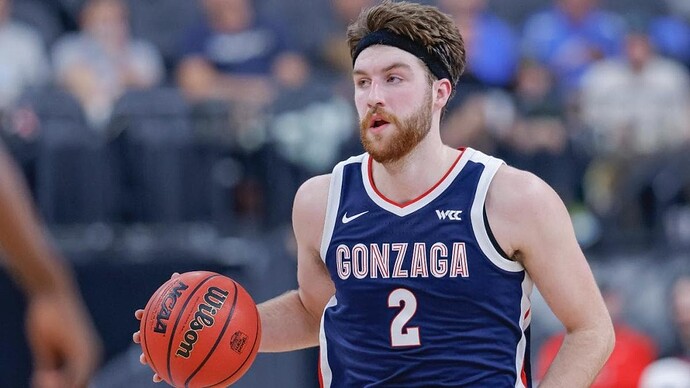 Yeah Arkansas is definitely to front right there at the end that’s what I noticed. Have no idea what that means but it definitely moved from back to front