A view from Vermont

We got a foot of snow yesterday and folks are feeling good about their snow sports and delaying mud season. But they don’t give a hoot about the catamounts. You rarely see anyone in uvm gear outside of Burlington, and even there it’s only students. As a basketball fan I’ve been interested in the strong basketball tradition and I’ve been trying to watch them when I can. I was actually becoming a fan until a few weeks ago when they had an embarrassing PR debacle involving allegations against the mens basketball team and the student body coming out in droves against them. The university admin response was the embarrassing part of the whole deal. Anyways, their basketball program is totally full of themselves and thinks they’re beyond reproach. But I’ll tell you this. Ryan Davis would get destroyed in the SEC. JWill should eat his lunch!!! On both ends of the floor! Shungu is the one you have to worry about, but Toney or Notae can shut him down if they play smart, he’s nothing we haven’t seen in sec. After those two guys the drop off is significant. It’s no surprise that mid major conference champs are full of undersized guys that can shoot a lot of deep jump shots against undersized competition in those small school gyms with loose rims and no fans behind the baseline. We need to jump on em early and often. Yes they can make open shots, and they don’t make dumb mistakes. They play 4 out with Ryan Davis in the middle but they are no Texas AM. We need to dominate the boards and not give them an inch of breathing room when they have the ball. We have no reason to help off on D and give up open threes. Shungu is the only one that has a chance of being able to take his man off the dribble. Muss is fixin to make John Becker look like John Pelphrey! WPS 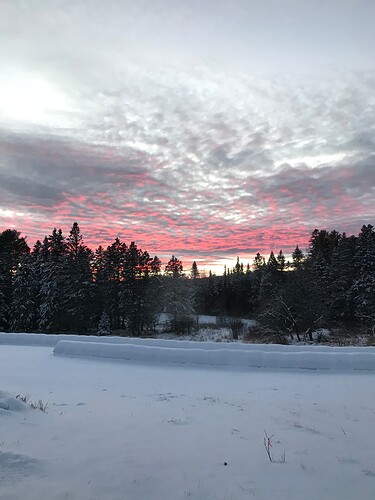 What a glorious read.

You, sir deserve a standing “O”. One interesting note on VT., they are having more money bet on them than any team in the tourney right now. The opening line had us a 5.5 favorite on one site, but that will go down fast if his continues. Might be time to place some money on the Hogs shortly. 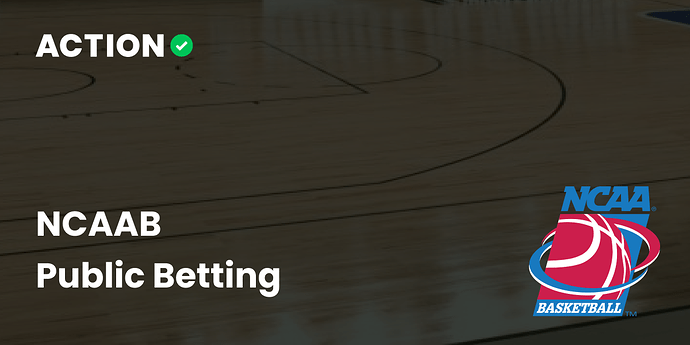 Get public betting percentages on every NCAAB game to see which teams might be overvalued and undervalued by bettors.

Like the sunset in that photo but you can keep the white stuff.

I got in at 5 yesterday, figured it would only go up once the espn Vermont love fest wore off

Looks like a nice high percent advantage to a win on the Hogs,
unless Muss decides to rest some legs for the second round. I think we win in double digits.