A Vandy win in CWS should have an asterisk

It makes me sick they back into the series finals playing a depleted NCS and then no game on Saturday. Totally rested up. Hoping Hail State can somehow pull it off, but if they don’t, this is a tainted win for Vandy.

I have a hard time rooting for Moo U in anything. But also its frankly not Vandy’s fault that NCS kids didn’t take care of business on the vaccine front. Could the NCAA have handled things better? Please. This is the NCAA we’re talking about. But that isn’t Vandy’s fault either

Neither Vandy or NCST made the rules. Or adjusted them later.
Is their a list of the actual rules / protocols that were set forth by NCAA prior to postseason play this year.

I have a hard time viewing Vanderbilt as the villain in this situation. Other than forfeiting or throwing last Friday’s game or the championship series, there is nothing different Vanderbilt could have done, other than maybe act a little more sympathetic in interviews.

What happened to NC State was unfortunate, but preventable, and it’s worth noting NC State’s players had already seen firsthand how covid could affect their season. They had seven games canceled due to it in February or March, either in their own program or their opponent’s.

I don’t see how Vanderbilt is to blame for any of NC State’s removal. Would the same outrage exist if Stanford or Arizona had been in Vanderbilt’s position instead?

I tend to think the frustration with Vanderbilt is not solely tied to NC State’s situation, but to Vandy’s past success and the scholarship practice that played a big role in it building a baseball powerhouse in the first place.

Vandy will have won it and deserve to have.

I am all for Vandy winning this. Could the NCAA have handled it better…absolutely!

I cannot pull for MooU. The team is obnoxious (not as bad as TN, but a close 3rd after Ole Miss). After living outside of Memphis for years, the MooU fans really got on your nerves. And I REALLY don’t want them winning a natty before we do.

Trophy looks the same in the trophy case.

Matt made a good point: Vandy could not have really done otherwise. The blame falls on NCST.

That being said, the real beauty of sports is that there is an oral fan tradition as well. When we talk about this season, we can pass down the story of how our guys were the best of the best for the majority of the season—and that there are even statistics to put forth a decent argument that no matter who wins the trophy we were still the best team to take the field this year. And I don’t say this as some kind of whoa-is-us line. We played the games and lost: period. But, the best teams don’t always win the whole thing. That’s life.

truly a dilemma for me, since I have been at Vandy for 27 years. They have risen and will in all likelihood have 3 CWS championships which only trails LSwho in the SEC. Kids are talented and Corbin does a lot of good things not including interviews. Dude is beyond intense, did not sleep his last 3 days in Omaha in 2019. Leiter appreciated that the only acknowledgment after last night was a good game because like all great coaches they are on to the next task after that game is done. Vanderbilt had to earn it’s way to Omaha and did not have a darn thing to do with the NCS issues which was in their control. Heck the 2B sent home gave Covid to his dad, the Notre Dame coach who was not far removed from being in Omaha with his team. All wins that came because opposition lost talented player to injury or whatever would have to be astriked by the original preposterous lead. Play where the ball lies and don’t improve or change what you are facing or play the cards you are dealt and not what you hope for. As much as I am pumped about DVH recruiting, ain’t now way Corbin trails. I remember Vandy not letting Mercer into school because he had gone to Oak Hill so Vandy discoutnted all his grades from the 11th grade up and he had a dang good GPA. Many obstacles to overcome in all sports baseball included to be a Dore on the field. Crazy crap to imply Vandy could not have taken NC St out or had anything to do with the setting.

Re the Vanderbilt scholarships numbers issue, I have seen it mentioned as an embedded issue in posts, but never heard it explained, or I missed the explanation. Do they (Vanderbilt) not have the same scholarship constraints that the rest of SEC schools have to live with?

Vanderbilt has 11.7 scholarships like everyone else. Through the university’s endowment there is a program called Opportunity Vanderbilt that lowers tuition costs for qualifying students who might not be able to afford to attend the university. I’m sure @rayzabackerii can provide a lot more insight into the program.

From what I’ve read, the baseball team has been able to use Opportunity Vanderbilt as a way to offset tuition for players who might otherwise require money from the 11.7. (Until last year, players could not stack academic dollars on top of athletic dollars without it counting toward 11.7 in baseball, 12.6 in men’s track, etc.)

Tim Corbin was asked about the school’s financial aid program during a Q&A interview with The Athletic last year and said, in part:

"It does help us. We have more of an inroad to a kid that is (in a) lower economic (situation) who wants to be here, can be here because of his economic situation. Does it hurt us? Yeah, because we don’t get every kid we want. There are good kids out there, that we can only come up with 50 percent or 40 percent (of the tuition), and the truth of the matter, it is laughable when you hear people talk about 35 free scholarships. But you know, people who talk like that, you take it for what it’s worth.

“But you also understand, it is an advantage for us, there is no doubt.”

It is believed that some other private schools, including Stanford and Rice, have been able to benefit from a baseball perspective because of similar programs.

No other SEC school has such a program, but on the flip side many SEC public schools do have various ways to offset an athlete’s tuition outside of athletic aid. At Arkansas, there is the scholarship lottery for in-state students and NRTA scholarship that waives most out-of-state tuition fees for students from neighboring states and some nearby states. LSU baseball began to take off after the creation of the Louisiana TOPS program in the late 1980s. 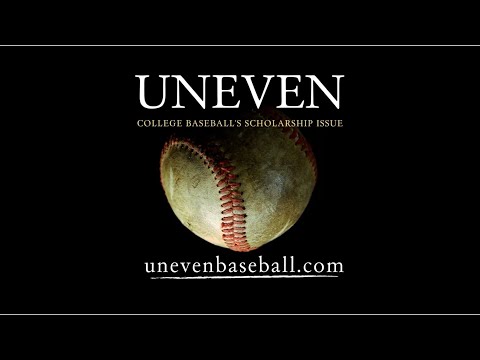