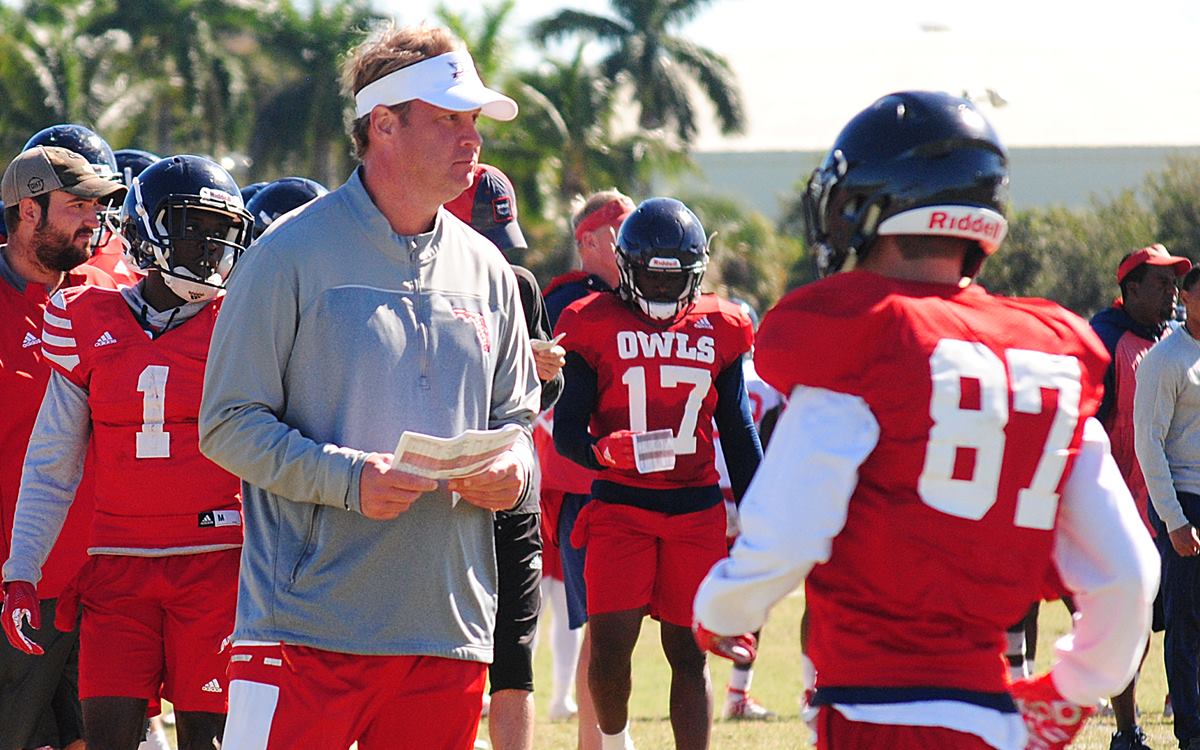 Analysis: In 2016 FAU actually hired a head football coach other than Lane Kiffin, then had to get rid of that coach after reaching an agreement with Kiffin.

They’re quoting a figure of $3.5 million a year, which is what we were paying Hammer Down.

I hope that number is not right. We’re supposedly looking at this hire as being a “much better” head coach candidate, but we low ball him? It wouldn’t surprise me if OM and maybe even MO would offer considerably more. OM was paying Freeze $4.5M 4 years ago.

Freeze had done something in the SEC, even if it was largely buy enough players to beat Alabama. Kiffin just bailed on Tennessee after one year.

Initial offer means you can go higher and/or add incentives.

Kiffin just bailed on Tennessee after one year.

I tend to think a lot of coaches, if given the opportunity, would have left Tennessee for USC like Kiffin did. Maybe not after one year, but generally speaking. USC was a better job then and still is today.

Also, the circumstances for Kiffin to leave for USC were different than for almost any other coach. He’d been on their staff for a number of years, so for him, this was a chance to go “home”, and be the head coach at the school you were most familiar with. Timing was terrible for Tennessee, but it seems like 90% of coaching moves are terrible timing for the school that just got left.