A couple of things I've noticed

When Robert Moore hits a tater, and he did it again last night, he pats his head a few times as he goes past second base on the home run trot. Anybody know anything about that?

And then on Welch’s trot last night, he chopped his steps so much approaching third base that he almost stopped. I’ve seen people chop their steps to make sure they touched the bag but that was unusually pronounced.

No significance to either one (that I know of), just things I noticed.

I wondered that about Welch too

I’m pretty certain the Welch thing is something Fernando Tatis Jr. has made popular.

Lots of youngsters doing it these days.

Just some extra swag on a big homer. 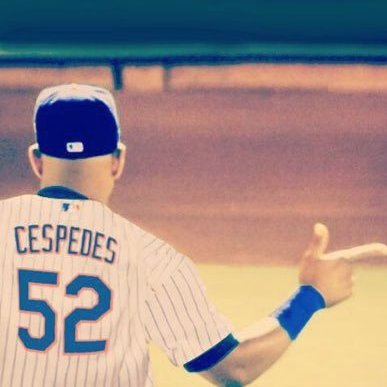 Fernando is absolutely feeling himself right now. Grand slam and a little hop skip move around third. I love this so so so so much. https://t.co/DthWkWuxxR
LDhog June 8, 2021, 2:28pm #4

I want to see Robert & Charlie do that stomp many, many more times this year.

I was just about to post what that is all about, seems to do as he rounds 2nd base.

I also noticed that, after watching the Nebraska pitcher drop some choice words to motivate himself (and maybe some glares directed at Hog batters) “Big Shot Bob” (“shot” in this context a shot to right field!) barked some words towards the Nebraska pitcher. Not saying that is good or bad. But it certainly happened. I also loved the emphatic STOMP on home plate.

Charlie indeed did chop those steps. What I loved the most was the expression on his face almost the moment the ball left his bat. Primal satisfaction. That what it was.

I have watched thousands of Hog games in my life. Many on this board has. The sequence last night, starting with the wild pitch and culminating with Charlie’s bomb, was the most dramatic sequence in Hog baseball I have seen in real time.

I went berserk. My chest hurt for a minute or so after pounding it so hard!

If you were at Baum-Walker Stadium, your ears are still ringing.

My brother in law was there and said it was electric. We talked for 30 minutes after the game about it. Old Hog fans like me savor every moment like this! WPS

Curious as to your thoughts on if it was louder than Toops’s grand slam in ‘04?

I was at that regional game, and could not believe that hat would ever get topped. Didn’t get to go yesterday, but the video sure picked up a ton of sound.

I guess there are more seats now, which would factor in. And some “fans” I know had left that ‘04 game early thinking it was over. Not sure many left last night.

Just wondering since Van Horn said it was the loudest he’d ever heard it.

Curious as to your thoughts on if it was louder than Toops’s grand slam in ‘04?

Indeed it was louder. I have been to all the games with more than 10K in attendance. I have never heard anything like it.

It was the loudest I have ever heard at Baum, the atmosphere/crowd was fired up from Opitz HR on. After Franklin walked the crowd roared louder with every ball throw, and then exploded as Charlie’s bat hit the ball, you knew it was gone.

I’ve been to quite a few games there including post season games the last several years. Wasn’t there in 2004 for sure. Monday night was indeed the loudest I had heard. I was fortunate enough to be right behind home plate and couldn’t even hear myself yelling. Really indescribable what it was like. Even got to have a quick chat with Matt and Scottie after the game.

Still feel like I’m on a postgame high 2 days later! Kevin Kopps Hog Pod just released this morning too. Be sure to give that a listen!