This article seems to indicate that it is possible. The author speculates about various scenarios for conference play. (Pay wall) 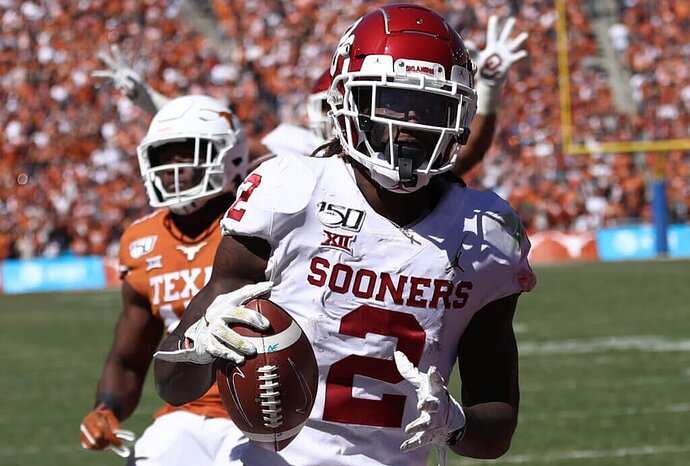 Such a move, which many fans and administrators have wanted, would allow a more frequent rotation of teams to excite season ticket buyers.

It will even out over a two-year period. Other conferences have made nine-game schedules work. The SEC will, too.

I’d rather have 9 than 10. I agree that the home/away imbalance is a problem, but I consider it a minor one. With 3 non-conf games, I suspect most teams will play 2 cupcake games & one game from a power conf. Just have to play the power conf on its field when there are 5 conf home games; play it at home when there are 4. That leaves 2 games to buy for home. That’s still 7 home games. Back when there were 10-11 games a year, there were rarely more than 5 or 6.

I assume we’re about to dump WMS as a home stadium. I know CSP wants to play SEC home games in RRS. That led us to that bad decision to schedule ASU in 2025. I hope that game doesn’t become an annual event

That led us to that bad decision to schedule ASU in 2025.

Hopefully this major change in SEC scheduling would give us cause to cancel the ASU game without monetary penalty. If not, just pay them off.

I started my own thread on this then saw this, so I’m merging. Here were my comments in that post:

Pods are one of the options but not the only one. Divisions have not been ruled out either. Neither has a model similar to the current SEC basketball schedule: Three permanent rivals, rotate the rest, but the perm rivals would be different for every team, so not a pod setup. And most of the options would include a nine-game schedule.

Andy’s version of the permanent rivals would give us Kentucky, Missouri and Texas. There are probably teams we’d rather see every year than the Jellycats, but it beats heck out of, say, Texas, Alabama and Florida.

There have been a number of different pods proposed. Andy’s version would give us OU, EOE and TAM. Ouch.

I kind of like the idea of 3 permanent rivals without having a pod. That can preserve some rivalries without 4 teams being bound to each other. The league ought to look to historic competitiveness when creating those things, though. Vandy shouldn’t get stuck with Bama, TN, & UGA, for example. We’ve been in the bottom half of the league most of the years we’ve been part of it. I’d think that would mean we should have at least two of our permanent rivals come from the bottom half. I’d be happy with UK, MU, & TX or OU. Or OM, MU, and one of either TX, OU, or LSU.

Anyway, that adds some flexibility. I’m not keen on the idea of two divisions. People who propose that tend to think we need it to have a championship game. I don’t think so. You could have the top two teams play each other at the end of the year for the championship. Besides, I’m not sure we need a championship game. If we go to a 12 team CFP, there’s not much need for one. The top 2 SEC teams would always qualify. A third one is likely. The SECCG would just be a chance for more injuries. It’s not like money is going to be a problem for the league, either.

The current playoff proposal has byes for conference champions, so we have to select one somehow. And the SECCG is a moneymaker. I would be shocked if they got rid of it.

I kind of like the idea of 3 permanent rivals without having a pod. That can preserve some rivalries without 4 teams being bound to each other.

This is why I don’t think pods will happen. In a pod setting you can’t have Florida-Georgia while trying to preserve Georgia-Auburn and Auburn-Alabama and Alabama-Tennessee.

You can preserve the best rivalries by having three permanent opponents the way basketball has done.

Has college athletics gotten to the point we should stop requiring class attendance or minimum grades? (note: this is only half-way tongue in cheek.)

Even with expanded playoffs, football players would miss less class time than athletes in most other sports due to the number of games and the timing. Aside from finals and intersessions, not many universities are in session during the time conference championship games and bowls and playoff games are played.

Compare that to a basketball player who has 10 or so regular-season road games before potentially playing a month’s worth of conference and NCAA tournaments at neutral sites.

But I’m okay with play three and rotate the rest. It also fixes the problem of not playing in every stadium more than once a decade.

I know other sports are worse when it comes to taking the players’ time, but there are other downsides to an extended football season—the increased risk of injury. Those collisions on every play are causing the brain injuries that are cropping up more & more. That’s why I’ve been a proponent of shortened NFL seasons, too. Eliminate the exhibition games & play a 12-13 game regular season schedule then have about a 12 team playoff there. I’d cut college seasons back to a 10-11 game season, have bowl games, then a plus-one championship game at the end of the bowls.

I also know none of that has a remote chance of happening and that I’m in a very small minority of people. FWIW, I’d also reduce the number of basketball games—start it at the end of the first semester. Baseball isn’t quite as bad because so much of it happens after school is out, but I’d not start it until March.

I do not think college players object to playing more games in a tournament format. Only two or four teams end up playing more and they are excited to be there.

I have not heard anyone say that Division II or Division III are playing too many games with a tournament. Well, maybe they are saying it, but not many.

I don’t agree, the pod plus 3 permanent opponents… that’s 6 permanent games a year, leaving 3 rotations, meaning you would play the 12 remaining SEC teams at least one time every four years ….

There is no pod in the three permanent model. You play three teams every year and rotate the other 12. In a nine-game schedule you are guaranteed to play every team in your conference every other year.

Depending on how you did the rotation. Remember for a while East teams rotated on our schedule for two years; we played Vandy in 2010 and 2011, for instance. If you rotate that way, we’d play everyone home and home in a four year period but might not play Florida for the first two of those years.

I don’t doubt the players don’t object to playing that many games. However, it strikes me as a health issue. College kids are notoriously bad at making good health decisions.