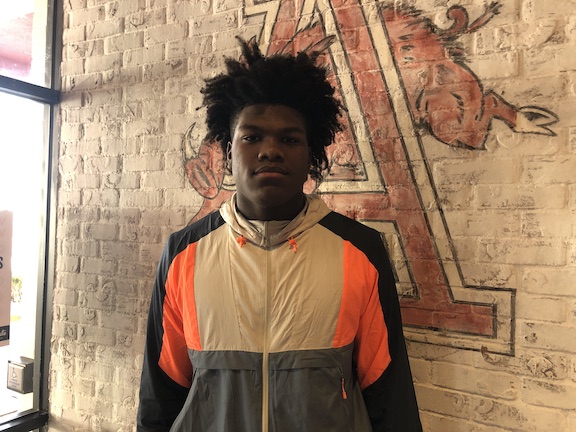 One of these days we are going to land a 5 star recruit. Dudley, who was the last 5 star football recruit we got? Shawn Andrews? I know Darren wasn’t a 5 star, was he? Cedric Cobbs, maybe? Lance Alworth, Clyde Scott?

would be day 1 starter for sure,fingers crossed!

Worth noting, Sam signed atleast 1 5 star every year but his first at Georgia.

Darius Winston was a 5 star. Never planned out but believe he was the last one we got.

Sosa, Darius Winston, Mustain were all 5 stars coming out of high school. We get them, they just never live up to the hype here.

The last 5 star was mctelvin agim

We may very well get Jones it will probably be a long shot but once we start winning Sam will get one every year just like JR says. We will not be strangers to getting those type of players.

McFadden was a 5*. He was also rated the 7th best RB in the nation and 32nd best player in the nation overall regardless of position.

If McFadden was 7th best RB and a 5*, that must have been a truly vintage year for RBs. There were six 5* RBs ahead of him?

I thought RunDMc was a 4 star?

At a moment in time, both Mitch Smothers and Brey Cook were 5 stars. Alex Collins was a 5 star, as well. We get them occasionally. I’d be surprised if we didn’t start to see more with the recruiting staff CSP has put together.

Do you think he will help with Franks?

Definitely won’t hurt. And I’m trying to recall another RB we had that HN got us. Seems like he was from Tulsa or somewhere in Oklahoma. I think at one time or another he had a 5 star rating.

yes inghog thanks! In fact, as soon as my head hit the pillow last night well early morning lol I thought FELIX. yup that’s him

You. I’ve got old timers too

lol ya think? This one was before the start system I do believe, wasn’t Billy Ray Smith Jr. either a 4 or 5 as well? Jerry Eckwood? and ummm #99 drafted to Chicago Bears great linemen during Jim McMahon Championship years…forgot his name as well duhhhh

Scout dropped McFadden to a 4 star after his high school season, if I remember right he was the #2 athlete on Rivals.