He liked what he saw of the football facilities and how they were close together. He also liked how the engineering building was also nearby. He plans to major in mechanical engineering.

Since he was recently offered, he’s still in the process of building a relationship with Pittman & Briles. Seems to think Pittman has the program going in the right direction.

He’s open to the possibility of making an OV to Arkansas once things open up.

He and his mother are now headed to Stanford. They visited West Virginia last week.

He’s looking to make a decision sooner rather than later but no timeframe.

I jus happened to come across this today. From Bob Holt story on former Hog and NFL DT Brison Manor.

But Manor decided to sign with Arkansas for a variety of reasons.

He didn’t have a car, and he liked the idea that at Arkansas the athletic dorm, practice fields and student union all were within easy walking distance.

WHATEVER it takes! WPS!

kid is now at a new school in Florida, not one of the more legendary but he is now in more prime focus recruiting region: 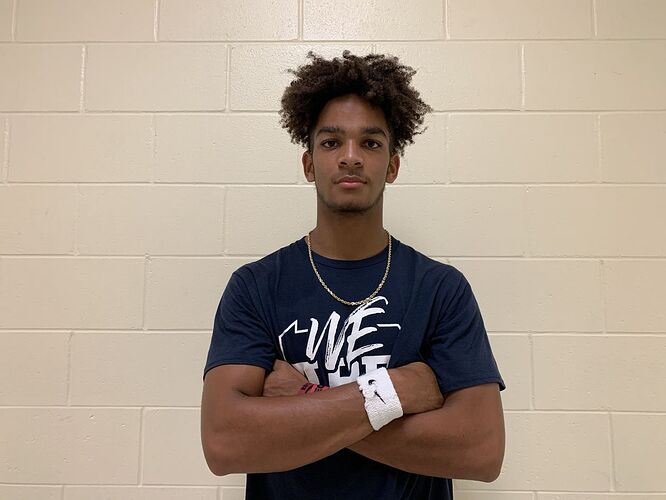 That was his junior season. He’s back in Delaware .

I LOVE the Hogs, but if my kids were offered a full ride to Stanford I’d be pushing them there hard, such a wonderful academic institution.

It would depend on their major, and their goals for their future. While a great education, it isn’t for everyone.

Similar to Vanderbilt. Great place to study/intern as a Doctor or lawyer but outside of those prestigious occupations…possibly just another university.