as much as I hate Larry Legend for his I State and official travesty in the NCAA, it is still remarkable that he played a whole game left handed… 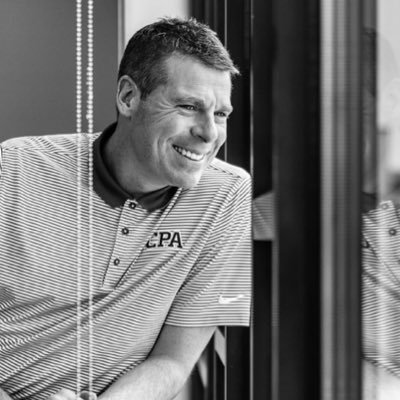 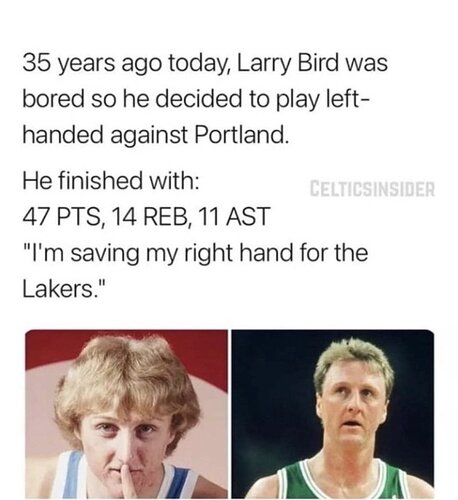 You can find videos of Birds NBA opponents on YouTube telling stories about Bird. He was very respected by those guys. He was such a talent.

I never liked Bird until late in his career. I remember during his time with back problems at a critical point in a game he dove on the floor banging his head on it in the process to get a loose ball. You just got to respect that kind of effort regardless of if you like the player. I hated the Celtics and how the refs would never call fouls on Bird but if you look at him hard they’d call fouls on you. But compared to these days and how they protect the franchise players and make sure to never foul them out… well… back then it was barely a glimmer to what it is now.

Still at that point I took a very different look at Bird and became a fan, even though it was later in his career. It was just hard to root for Bird when I was a Dr J or Magic fan.

He was not one of my favorites because he beat the Hogs and played for the Keltics.
I did grow to like and respect him when he was an executive with the Indiana Pacers. He was a smart executive who understood the game. He was a no-nonsense kind of guy which I appreciate.

Kind of makes me re-think what I should do the next time I get bored. I usually just try to find creative new ways to eat peanut butter.

PB goes great on belVita cinnamon brown sugar biscuits-like a graham cracker. I love it with my coffee.

Loved Magic and the Lakers and could not root for him.

But man, he was an amazing talent. Among the GOATs for sure and in some situations he will be forever remembered.

It is cool seeing all the videos of players giving him accolades.

One of my favorites is I believe against the Hawks where Bird was making so many crazy shots that the Hawks bench was cheering for him. Story goes later Hawks watching film and their coach replaying their reaction on bench and not being happy.

Bird was a GOAT for sure

I was never a fan of Bird. Ever. That started at Indiana State when he refused to do interviews. He was more protected than the American eagle. Yes, that’s a bird reference. He was slow afoot so he just grabbed you with those big hands.

Well Clay maybe Bird’s no interview policy was because he didn’t like to be asked why he couldn’t hack it with Bobby Knight. Went back to French Lick to sack groceries instead.