And Hogs are on top of the list, with this caveat: “Has there been a mistake here? Quite possibly. The streak is doomed to end sooner or later, and Eric Musselman has the team that can do the job.”

He only lists eight teams who CAN win it, and we’re on the top of the list that won’t. The streak referenced above is that since he’s been doing this story every year (2016), one of his top eight teams than can win it, has won it. So I guess we’re his ninth best team. Behind a paywall but we’re so high up you might be able to read our blurb anyway. 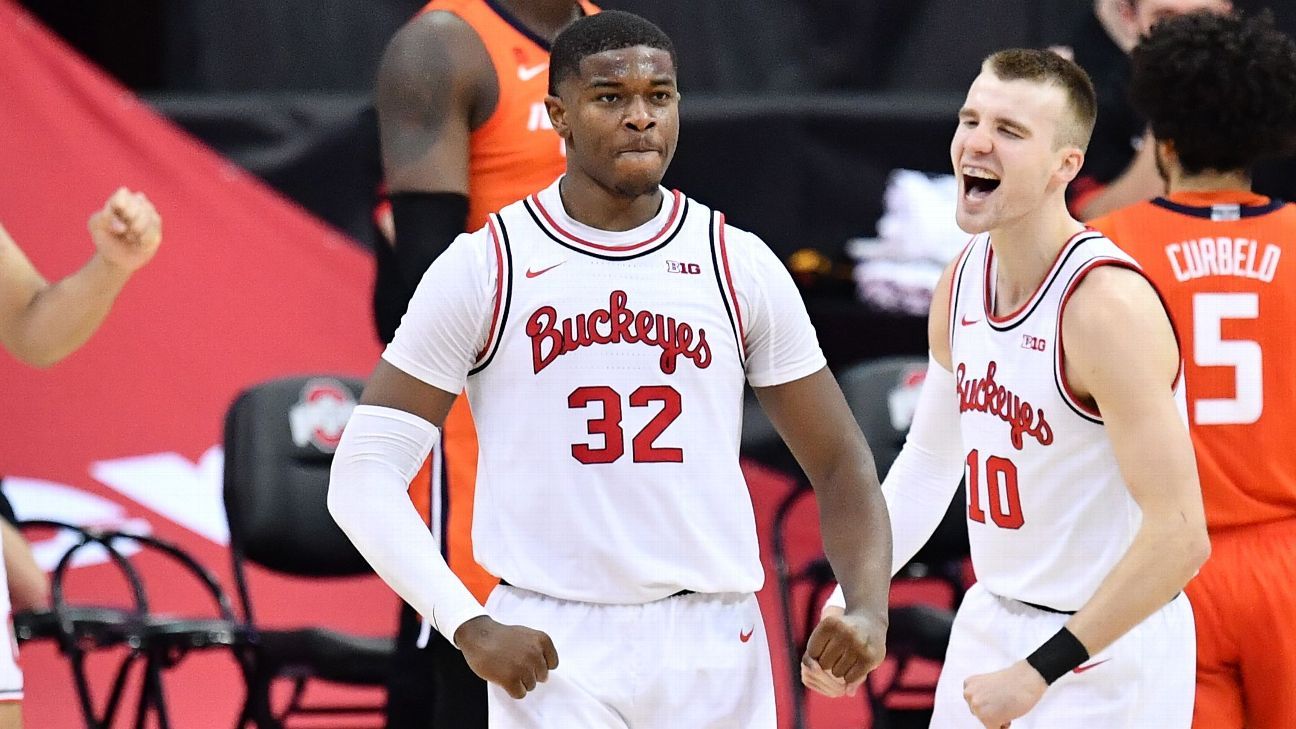 The 349 teams that won't win the 2021 men's national championship

There are 357 Division I men's basketball teams. And most won't have much of a chance to win it all. We break down the near misses.

looks alphabetical in ranking to me…

It may be alphabetical, but he also made a point of saying he may have been wrong to leave Arkansas off the the list of teams who could win. And put Colorado on it? Weird. CU only managed 14-6 in a relatively weak Pac-12 (rated sixth by NET, even below the ACC).

Yeah I actually missed that first time I read it.
Colorado?

He doesn’t actually list the eight teams who can win it. But since he lists the other 349, you can figure it out. All four projected 1 seeds, plus Bama, Iowa and Houston from the 2 seed list. And Colorado, which is a 5 or 6 seed.

He actually writes 349 blurbs? Somehow I’m guessing not a lot of fans are paying for that premium content at canisius college and New Jersey institutute of technology … hope I’m not offending any Golden Griffins here

He wrote 15 blurbs for the Hogs and the 14 other “near miss” teams, and listed the other 334 teams in alphabetical order with links to their ESPN team pages. Not finding Iowa, Houston and Colorado in either list is how I figured out who they were; the 1 seeds were pretty much a given, and I thought the 2 seeds would be until I saw Ohio State in the “near miss” list.

He does list the eight teams that can win it

In his very last paragraph

LOL. I didn’t get all the way through the 334 no-chance teams.