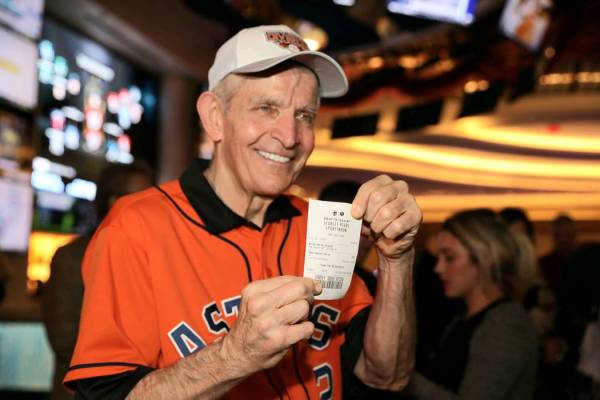 The Houston furniture store owner is hedging a promotion offering a refund of any purchase of at least $3,000 on a mattress set if the Astros win the World Series.

However, he’s screwed up the odds on the Astros by betting so heavily. Now he may have to bet close to $10 million to completely cover his $15 million exposure on the refunds. In my opinion, he should stop now. If the Astro’s win, he loses 7.3 Million instead of $15 million. If the Astros lose, then he’s only out just $3.5 million.

I think he’s a big fan of the Astros, so he’ll probably place all the bets he can even if he’s getting less than 2-1.

I lived down there for 15 years. Mack isn’t happy if his name isn’t in the papers or on TV. He does all his store’s TV ads, and there are a lot of them (I can clearly hear his tagline – Save! You! Money!!! – mentally now). He’s learned by now that his store will be cleaned out if the Astros win so of course he’s covering his bet (and getting more publicity than he does for the promotion)

Also happens to be a great guy with a strong faith and a great family who makes significant contributions to the community in a lot of different ways.

Don’t disagree with that, but that’s not what this is.