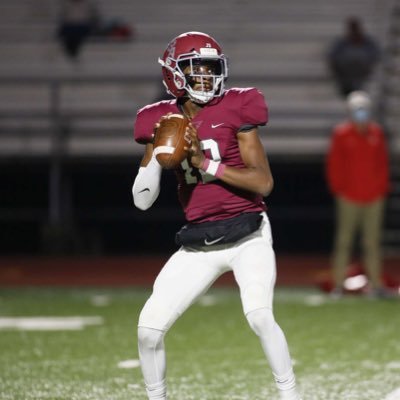 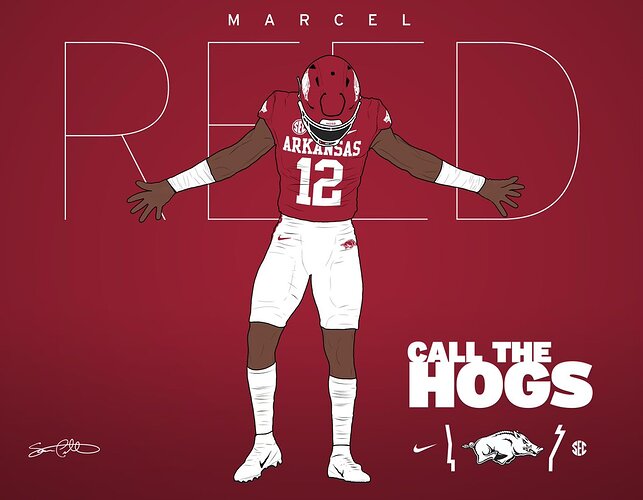 Marcel Reed is a QB from Montgomery Bell Academy in Nashville, TN.

I have seen him multiple times on the court and on the field. His dad is a class act and gracious. Marcel is a dual threat by any evaluation. He was hurt when we beat him this year, but he still had a WR connection that made MBA stay in the game. MBA has a loong history of great football and basketball, national champs in riflery and debate also. Much older school than the UofA and higher cost. His dad had a modicum of success at Tenn State but was replaced by the glam of Eddie George. If you believe in stereotypes then he is a classic coach’s kid, knows the game more than his teammates and should have much success next year when he gets well. He is not as explosive as some QB’s that we are recruiting but he can make all the throws and usually has done so under pressure. Will definitely help academic progress and make coach recognition of academic success routinely. Long way of saying he is smart as a whip. I will be interested to get feedback if Kendall made any other midstate recruiting stops. Nashville area talent >>>>> Memphis talent.

Saw him against Ravenwood in (what I believe was) the opener for both teams last Fall.

I think the Raptors were short a few players but he was certainly impressive that night. Not surprised to hear that he is an outstanding young man on top of being a great QB.

I watched him vs CPA which for a graduating class of 120 (half girls) has plenty of next level talent. Marcel was moving well in the pocket out of necessity and was the only ground threat that MBA had. Lipscomb had the most talent on one team this year in TN including Oakland. MBA may be called momma boy academy but they do well competing and are trained to be true gentlemen. Ingle Martin vs David Harrison was the most competitive duo that I have seen in 27 years of Mid TN football. I don’t expect Marcel to go to Fayetteville, he could be a star at Duke or the like and Vandy will have a very strong inside edge given that Clark Lea is MBA grad.

With the exception of a couple of years…I have lived in Metro Nashville every year since my college graduation in 1986. I am not saying you are not right…but in that entire span (until this year) not once would I have even imagined that Lipscomb had the most talent (across classifications) in TN. Pretty amazing what TD has done over there on Granny White Pike. I know he has his detractors…but still pretty amazing.

MBA is a great prep-school and has been for decades. I have a bunch of relatives in the greater Nashville area, a few went to MBA. I’ve been to a few competitions held there.

I watched Marcel and MBA play Ensworth at home last night, MBA won to reverse a 30 point loss in December. Little bit of foul trouble and a lot of attention by Ensworth kept his numbers moderate but also demonstrated his perceived value by his opponent. Smooth athelete who sees the court as well as he sees the football field, very mature and calm. Nice to have a known target in the near vicinity to watch with interest. Many more who should be on the radar.