Arkansas has announced its 2023 baseball schedule. 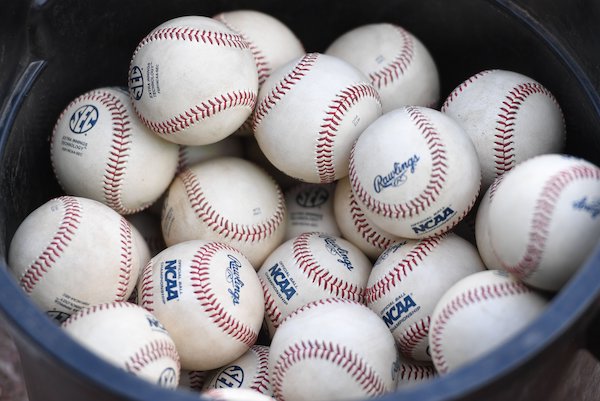 We have a very tough early season schedule, the Arlington tournament along with Illinois state,Wright State, Army,Louisiana tech for three. All of those teams are very solid ball clubs.

I’m checking into that. It was definitely the first thing I noticed. I’m guessing something has changed in the SEC rotation in preparation for Oklahoma and Texas joining.

I was told in June that Arkansas’ only repeat SEC East team in 2023 would be Vanderbilt, which is consistent with the rotation in years past. I was surprised to see Missouri instead of Tennessee.

I spoke with someone from the Rangers today for my column in next week’s magazine. He told me that we should know the order of opponents there within the next two or three weeks.

Sorry Youda I simply don’t agree.
I think the opening tourney is tough and LA Tech had a very good (43-21) season last year. They won their conference tourney and then lost two of three in the NCAA Regionals.
Ill. State was a 31 game loser last year.
Wright was just three games over .500 and lost in two in the NCAA Regionals.
Army was 31-25 and lost in two in the NCAA Regionals.
Yes both those teams made the tourney, but would have been slaughtered in the SEC.
The rest of the non-conference seems unimpressive for a team considered one of the top programs in the country.
Yes I know the conference schedule yada yada, but this non conference schedule reminds me of last year’s basketball non-conference schedule that was generally considered weak and a hinderance throughout the season.
I think we need to think that we are Arkansas and should not look at Illinois State, Army and Wright State as a tough opening schedule.

That’s fine its okay too disagree. The fact that we’re playing those teams that have been in the postseason recently along with the three very good teams in Texas is to raise our RPI in my opinion which took a big hit last year with all those in-state cream puffs… I think that’s the main reason we have them on there. I’m definitely not afraid to play any of those teams . I just noticed them when I first glanced at our schedule. We have a lot to learn about next year’s team for sure with all the new players that will be in the lineup and that will give us a good idea of who we can count on come conference time.

The non-conference weekend schedule reminds me a lot of the one Arkansas played in 2021, which I thought was the best I had seen the program play. If the teams do what they are expected to do and Arkansas wins enough games, the Razorbacks will have a strong RPI with this set of games.

Exactly Matt! They learned last year that the RPI is a huge deal,although you and I both think it’s ridiculous, it is what it is. A tough loss against teams of this caliber is better than a 20 -3 shellacking of a cupcake.

Other than the opening tournament is there a single team on the non-conference schedule that the Hogs will not be easy favorites? Look at that list of teams you have listed there does that really bring fear to your heart?
Seriously and on our home field to boot.
If I am not mistaken there is not even one Power 5 team on the whole list and all the weak in state teams are there once again.
I am not trying to be a downer here, but to sell this as an impressive non-conference schedule is really lowering your standards to a bare minimum and what they did last season has nothing to do with what they will do this season.

I don’t think you have to have a non-conference schedule full of Power 5s for it to be quality. You disagree, and that’s fine.

You have to balance your schedule to include series you should win, but that should also benefit the RPI. I think this one does that.

I’d add that not every in-state team is on the 2023 schedule. UAPB hurt the RPI the most last season — its RPI was 299th out of 301 — and will not play the Razorbacks next year.