From Sam Vecenie of The Athletic. Nick and AB both projected in the lottery. 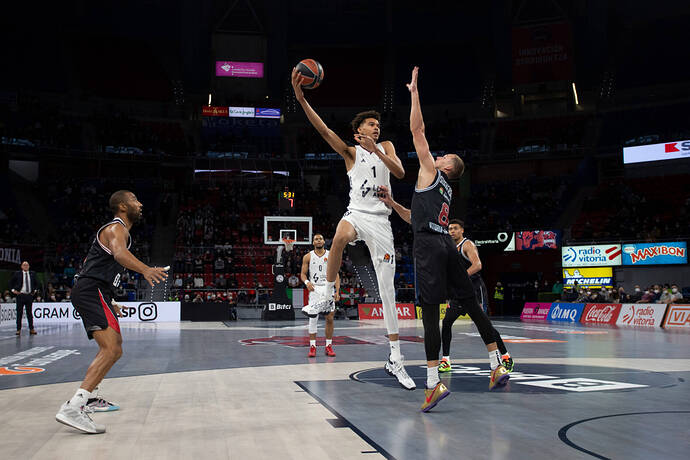 Surpised no Jordan Walsh anywhere in there. Multiple others that have been put out have him in 1st round.

From what I hear, Walsh’s game is not yet as mature as the other two. Think he will be ‘two and done’.

Surpised no Jordan Walsh anywhere in there.

I’ve seen five or six of the 2023 mock drafts and this is the first one who didn’t have Jordan in the first round. I agree with PJ that Jordan is probably not as “polished” as Nick or AB at this stage of his career. However, his NBA athletic talent is off the charts. The NBA seems to draft on potential, so I’ll be surprised if he’s not a first round pick.

Since he has Council in the 2nd round, it looks to me like the writer believes that Council will get the bulk of the minutes at the SF spot, limiting Jordan’s minutes at the 3. I believe Jordan will get plenty of minutes between the 3 and 4 spots.

And, PJ, I’d love to see Jordan here for 2 years, but I’m doubtful that will happen, unless he drops to the 2nd round and would prefer coming back to the Hogs.

It would be a miracle if Walsh and Brazile were Hogs for 2 years. We could legit have 5 1st rounders next year. That is how good Muss is recruiting right now.

Where is Brazile falling on these mock drafts? I believe he will rise under Muss’s coaching and system.

Where is Brazile falling on these mock drafts? I believe he will rise under Muss’s coaching and system.

I believe he is flying under the “draft” radar since he was used sparingly by MO. I think we all believe your second sentence is why he will probably make giant strides this season. And, for me, not just because of Muss and his system, but also because he will get to play with both Nick and AB, who will get the ball to him in scoring positions. Where Muss will be a huge help is in improving his already very good defense.